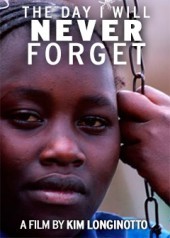 Kim Longinotto is a documentarian whose time has finally come. Since the mid-1970s, Longinotto has been taking her cameras to corners of the world where women battle to survive cultures that are fundamentally hostile to their interests. Intersectional long before the term had been coined let alone entered the cultural mainstream; Kim Longinotto’s films explore the plight of women with a sensitivity to sexuality, race, class and culture that is never anything less thought-provoking. Though unabashedly moral, Longinotto’s films are never moralising… they forego easy villains and reductive narratives, focusing instead upon trying to understand the views of local women and placing those views within a broader cultural context. For example, Longinotto’s Divorce Iranian Style and Runaway depict Iran as a country where every deck is stacked against women but the women who feature in the films all seem to be aware of the hands they have been dealt and play them as well as they possibly can whilst continuing to obey the rules. Conversely, Longinotto’s Shinjuku Boys and Gaea Girls depict the men of Japan as absentee landlords and women as bold experimentalists who relentlessly push at the limits of conventional gender roles in order to find a place they can be themselves. More confrontational and optimistic than either set of films, Sisters in Law travels to Cameroon where a small group of female judicial activists use commonly un-enforced laws to put pressure on traditional practices and raise awareness about the treatment of women and children. Focused on the Somali community living in Kenya, The Day I Will Never Forget takes a long, hard look at the practice of female circumcision and asks it works, what it means, why it continues to be practiced, and why that practice might eventually come to an end.

The film opens with what could almost be called a best-case scenario. A young Somali woman prepares for her marriage as the local Somali community bustle around her; we see the wedding dress being fitted, we see the application of henna to her skin, we see her hair being made up. Then we are transported to the Somali equivalent of a hen night where the young woman’s friends and female relatives dance and sing in front of a groom who is manifestly trying his best not to be intimidated. One woman sings that Somali woman are always mistreated by their men and the point of the exercise becomes clear: Mess with one of us, and you will regret it. The Day I Will Never Forget is about that bond of community… for good and ill.