Earlier this week, I wrote a piece in which I commented upon the extent to which our impressions of films are coloured by a lifetime’s worth of experiences. While all critical responses may be anchored in a shared humanity, there is no such thing as a clean or dispassionate read and what you think of a text is likely to be as much a product of your bullshit as it is of the inherent qualities of the text itself.

I wrote that piece and immediately sat down to watch Summer Hours by Olivier Assayas, a film that so closely matches my own personal experiences that it is at times quite uncanny.

A number of years ago, my mother died leaving quite a complicated estate. While I had been serving as my mother’s carer for a number of years, her death put me in a situation where I was legally involved with my much older half-siblings. While these siblings had always been a presence in my life, they had all left home by the time I was about 10 and their subsequent visits became increasingly sporadic and tense as my mother’s emotional stability declined. By the time I was legally manacled to them by my mother’s estate, I was effectively a complete stranger who had been parachuted into their existing group dynamic. While the stress of the situation meant that we all found a way to more-or-less cooperate, it rapidly became quite clear that my siblings and I had very different attitudes towards my mother’s possessions.

As someone who had been in the firing line of my mother’s emotional instability for my entire life, I viewed my mother’s things as a burden in need of lifting… I wanted to be rid of the stuff because I wanted to be rid of my mother and every item that went out the door brought a tangible sense of relief. Though my siblings expressed a number of different attitudes towards my mother’s stuff, one prevailing attitude seemed to be that the stuff was almost sacred in that it allowed one of my siblings in particular to reconnect with his (seemingly far more pleasant) childhood without the person my mother became getting in the way and spoiling his feelings of nostalgia. To this day, I could not tell you which of these two attitudes was the more ‘sane’ or ‘rational’ but we not only saw the objects in very different lights, we were also using them as props in what turned out to be very different psychodramas, which is precisely the theme of Summer Hours.

END_OF_DOCUMENT_TOKEN_TO_BE_REPLACED 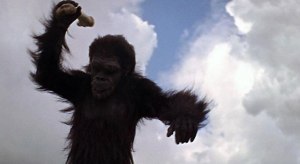 I’d like to open with a kind of history. This history takes many forms and surfaces in many different places with the names of the actors sometimes replaced. Occasionally, the role of the nation-state is assumed by religion and at other times it is the gods of classical antiquity who take the lead. Regardless of which iteration of this history you have heard, its narrative will be familiar to you for it is a narrative of loss.

Once upon a time, people lived in tribes. These tribes were small social entities made up of a number of different family groups that pooled their resources. Members of tribes lived together, worked together and died together and this permanent state of communion with others made their lives meaningful. Of course, human nature being what it is, tribes could not peacefully co-exist and the tribes soon began conquering each other until their dominion extended over millions of people and thousands of miles of territory. Because these abstract tribal groupings were a lot harder to manage than a couple of families that had been living and working together for generations, tribal elders began reinventing themselves as governments who began to rule over abstract political entities known as kingdoms and principalities then as nations and states. Of course, nation states were never anything more than a way of referring to the territory under the control of one particular government but they stuck around for long enough that people began to forget their tribal loyalties and began to see their nationality as a fundamental fact about themselves, a fact no different to their sex, their gender, their sexuality or their race, a fact that took the form of a noun.

END_OF_DOCUMENT_TOKEN_TO_BE_REPLACED

Regardless of whether your passion is for books, films, games or comics, the chances are that your home contains a large stockpile of unconsumed culture. Depending upon the exact nature of your passion, this stockpile can take a number of different forms including:

As perverse as this kind of cultural opulence might seem, it is as nothing when compared to the mind-boggling absurdity of our tendency to buy new books and films when we have dozens of perfectly wonderful titles sitting at home on a shelf. Why do we do it? Why do we buy books we don’t read? The answer lies in our postmodern condition, the economics of human attention and the ever-changing nature of the self.

END_OF_DOCUMENT_TOKEN_TO_BE_REPLACED

One of the reasons why my column has shifted to a more wide-angled approach is because, while I have played a number of games recently that I’ve enjoyed (NHL 10, for example, is superb, as is Patapon), none of them have really been meaty enough to support a column.  So, in search of greener critical pastures I’ve been playing more Big Action games than I normally would and I was struck by how utterly unsympathetic the characters all are.  This is something that also occurred to Charlie Brooker in his recent Gameswipe programme.  As a result, I decided to try and work out why it was that these characters were so profoundly unlikeable and I discovered certain similarities with the real world…

One thing that old Ludwig Wittgenstein got profoundly right was the suggestion that the meaning of language is fixed by use.  What this means is that words have no intrinsic meaning.  They are not defined by the characteristics of the objects to which they refer, they do not even need to correspond to actual objects in the world in order to have meaning, nor do they need to have clearly fixed boundaries in order for them to be useful.  Instead, words acquire their meaning through the social context in which they are used.  As Wittgenstein put it “If a lion could talk, we could not understand him”.  We could not understand him because we have only the faintest idea of what the inner and social life of a lion is like.