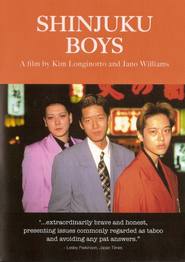 The Austrian philosopher Ludwig Wittgenstein once wrote that “The limits of my language mean the limits of my world”. What Wittgenstein actually meant remains a subject of philosophical debate but we can read his comment as a reflection upon the two-way relationship between our perception of the world and the ways in which we talk about it.

Intuitively, facts should always take precedence over language and whenever we encounter a fact that does not fit with our use of language, we should simply update our vocabulary to better reflect the facts on the ground. While there are certainly institutions and groups who try to educate people about ‘correct’ language use, the meaning of a word is always determined by the way it is most commonly used by a given population. What this means in practice is that while experts may be forever inventing language that is a better fit with current thinking about a particular phenomenon, having those new terms filter down into general usage is subject to the same structural biases as any other attempt at changing the way that people think.

The problem with the rigidity of our spoken language is that the vernacular often contains concepts and assumptions that are not only out of date but actively harmful. For example, if we define masculinity in terms of having a penis then someone who identifies as male despite not having a penis must simply be wrong about their gender. While there was a time when our culture was quite happy to make this type of judgement, our understanding of gender has now evolved to the point where terms like ‘male’ and ‘female’ are becoming increasingly hard to pin down.

The language of gender and sexuality has evolved with almost unprecedented speed over the last few decades and new conceptual iterations seems to generate more and more political heat as words are fought over by people with different needs and ideas. If the limits of our shared language mean the limits of our world then the battle to control the conceptual underpinnings of our language is also the battle to control our world.

Directed by Kim Longinotto and Jano Williams, Shinjuku Boys is a documentary about a group of people who were assigned female at birth but identify more closely with the male gender than the female. Made all the way back in 1995, I am sure that many of the terms used in this documentary are horrendously outdated but while Shinjuku Boys may struggle with its pronouns, it does show how people will continue to perform and negotiate their genders even when words fails them.

The film takes place in and around The New Marilyn Club in Tokyo, Japan. Best described as a ‘host bar’ the Marilyn Club is a place where women go to relax and get drunk in the company of men who happened to have been born biologically female. Like the Japanese hostess bars on which it is modelled, the New Marilyn Club has its roots in traditional geisha houses and so the people working in the bar do not just entertain their clients, they also carry on institutionally mediated ‘relationships’ in which they will see clients outside the bar (and even sleep with them) as a means of encouraging said clients to come and spend more money in the club.

The formalised and mediated structure in which these ‘relationships’ unfold also provide the employees of the club with a stage on which to perform their chosen gender role. For example, Kazuki has adopted a very strong and romantic boy-next-door persona that is noticeably different to Gaish’s tendency to insult and dismiss his customers’ feelings in the belief that treating them mean will keep them keen. The fascinating thing about these performances is the extent to which they are actively encouraged by the clients who talk incessantly about particular traits as a means of validating not only the host’s identity but also their own decision to frequent the bar. Thus, Gaish’s customers talk about how his disrespectful attitude proves that he’s a boy because no civilised woman could possibly be that rude.

While Longinotto and Williams do not provide us with enough data from which to form an inference, I did wonder how much overlap there might have been between the roles the various employees assumed at work and the depictions of masculinity found in Japanese popular culture. For example, Gaish is almost a textbook example of a tsundere boyfriend who is ostensibly hostile but displays just enough warmth and attention to suggest real affection and a romantic nature. It then occurred to me that while the employees may adopt a simplified professional demeanour when at work, the question of whether or not they are ‘playing a role’ as what are gender roles if not performances inspired by popular culture?

Setting aside the question of how artificial the employees’ professional personas happen to be, the versions of masculinity they perform for their partners are considerably more diverse and carefully negotiated. One of the reasons why I have tried to limit my use of pronouns in this piece is that each of the hosts has a different set of ideas about their gender and sexuality, ideas that appear to be in a continuous state of flux.

The Wikipedia entry for this film refers to the employees of the New Marilyn as “transgender men” but the term they most often use to describe themselves is ‘Onabe’, a term that is often translated as ‘Lesbian’ but usually taken to refer to a particular type of lesbian who assumes masculine characteristics. Though terms like ‘transgender’, ‘lesbian’ and ‘onabe’ are all relevant to discussions about how the employees of the club think about themselves, none of these words seem to be an exact match for the facts on the ground. For example, terms like ‘onabe’ and ‘lesbian’ can actually be quite problematic in some cases as at least one of the people in this film openly admits that their gender is so closely associated with how they dress that they can’t imagine taking their clothes off in front of another person or allowing themselves to be touched. ‘Lesbian’ also seems a bad fit for the people who are sexually active as while one of the club’s employees is in a sexual relationship with a biological woman who thinks of him as a man, another is in a non-sexual relationship with a post-operative male-to-female transsexual who works as a female impersonator and describes herself alternately as a man, a woman, and a queen at various points throughout the film.

Sinjuku Boys is a fascinating study in how human behaviour can outstrip the capacity to describe and categorise. People living in 2015 may have considerably more linguistic and conceptual resources at their disposal than the inhabitants of 1995 but it is not even remotely clear to me that the inhabitants of the New Marilyn Club would actually benefit from having the capacity to describe themselves as asexual but romantic transsexual heterosexuals. Lacking an appropriate taxonomy of human sexual behaviour, the people in this film use the term ‘onabe’ on the understanding that while that term allows them to commoditise and ‘sell’ their gender in the New Marilyn Club, the reality of how they see them themselves and how they behave is actually a good deal more complicated and subject to frequent revision.

In The History of Sexuality, the French philosopher Michel Foucault draws a distinction between what he considers to be the Western approach to discussions of sexuality and the approach taken by ancient and non-Western societies. According to Foucault, Westerners treat sexual behaviour as a manifestation of a hidden and pre-existing sexual essence and so the drive to understand human sexuality takes the form of increasingly fine-grained taxonomical systems. It is this desire to not only understand but also categorise that provokes anxieties about the lack of fit between the employees of the New Marilyn and the linguistic resources at the filmmakers’ disposal. Foucault argues that whereas the West treats sexual behaviour as symptomatic of an underlying sexual essence, non-Western traditions dispense with the idea of hidden truths and pre-existing categories in order to place the emphasis on the acts themselves. While many scholars have taken issue with Foucault’s claim that non-Western cultures approach sexual matters in this fundamentally different way, Shinjuku Boys demonstrates that it is possible to function as a sexual being without fitting into any existing sexual category. My sense is that while the interviews often revolve around genitals, sex, and whether or not the employees of the New Marilyn consider themselves ‘male’ or ‘female’, this need for correct classification comes from the filmmakers rather than the subjects who seem quite content to negotiate their sense of self with the people who matter most to them.

Foucault argues against what he calls the Scientia Sexualis on the grounds that the Western drive to categorise and understand has always been a precursor to acts of appropriation and repression but even if we assume that the urge to place the employees of the New Marilyn in a box has nothing to do with harming them, it is interesting to consider whether their freedom from categorisation might actually empower them and make it easier for their sexualities and ideas about gender to evolve over time. For example, at least one of the employees of the New Marilyn talks about how he became sexually active after he had been living with a woman for a certain amount of time and I can’t help but wonder whether that might not have happened had his partner entered the relationship on the understanding that it would be asexual. Labels tell us who we are but in the process also inform others about who we are not.

Much like the recently-released Dreamcatcher, Shinjuku Boys is a deceptively simple documentary that turns out to be amazingly engaging and thought-provoking. Longinotto’s back-catalogue can be a little bit difficult to track down but Shinjuku Boys was re-released a little while ago as part of a double-header with Gaea Girls, a documentary about Japanese women wrestlers (which I will be writing about next week).