As anyone who has seen Adam Curtis’ Century of the Self (2002) documentary series will doubtless agree, one of the most important developments in 20th Century psychology was the creation, by Abraham Maslow, of the hierarchy of needs.  The hierarchy of needs is one part pop psychology, one part classical philosophy and one part mysticism.  It presents us with a series of levels to human flourishing.  If you can sort out survival then you can work on security.  If you become secure then you can work on your emotional health.  Once you have healthy relationships you can work on esteem and after esteem comes Self Actualisation.  The beauty of Maslow’s hierarchy as it is not only a model for the growth of the self, it is also a justification for a rigid class structure.  Not only must the poor struggle to feed themselves but the fact that they are struggling to feed themselves suggests that they’re somehow less evolved as people than the rich people who never worry about skipping a meal.  Indeed, Curtis suggests that Maslow’s hierarchy maps directly onto the advertising industry’s ABC model of class.  When you market at rich, successful people, you are also marketing at Self Actualised individuals and you should treat them as such.

Obviously, Maslow’s hierarchy is deeply flawed.  If you want an insight into how Self Actualised the poor can be then I urge you to go and see Martin Provost’s Seraphine (2008), a film about the creative life of Seraphine Louis who, until she found a patron, washed dirty linen and scrubbed floors in order to buy art supplies.  However, Maslow’s hierarchy does demonstrate how easy it is to start talking about relationships in very capitalistic terms.  This is an idea that is powerfully explored by Steven Soderbergh’s The Girlfriend Experience. 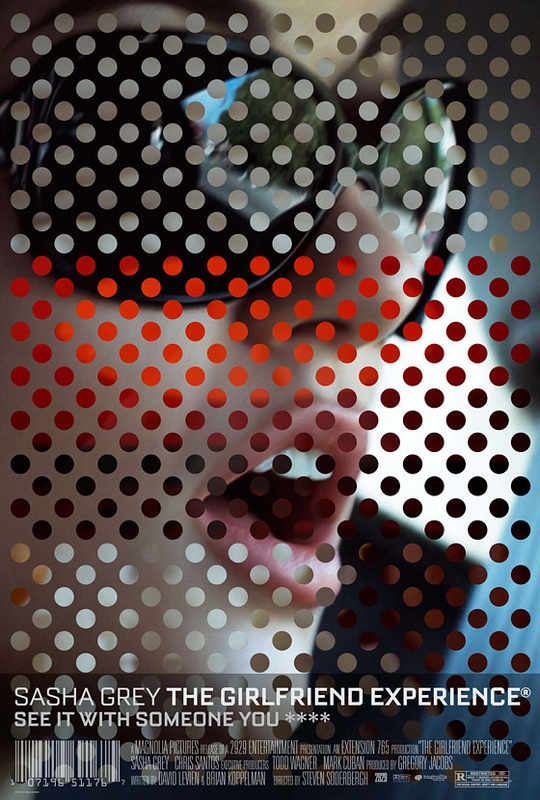 Chelsea (Sasha Grey) is a high-class escort who specialises in the titular ‘Girlfriend Experience’.  The girlfriend experience means that Chelsea’s clients are not merely paying for sex, they are paying in order to engage with many of the activities which, in a proper relationship, surround the sex.  Her clients take her out to dinner, they go to the movies, they go shopping, they talk, they listen., they have sex.  Then they pay and go home.  In effect, what Chelsea is selling is not sexual gratification but rather something far more psychologically complex.  Chelsea offers emotional support, the illusion of romance with a beautiful woman, time with someone who seems interested in you and your life and some tenderness.

Chelsea is in a long term relationship with Chris the personal trainer (Chris Santos).  Chris is effectively a less competent version of Chelsea.  Where Chelsea earns a fortune by blurring the line between the emotional and the professional, Chris struggles.  In his first scene we see him trying to get a customer to commit to more sessions by pitching the financial advantages.  He then adds that the pair have a good relationship too.  Chris’ failure to navigate this maze of financial and personal relationships also comes back to haunt him later in the film when he blows the chance to get a steady job with a particular gym because he admits to having spoken with other companies.  Had he played on his loyalty and his personal relationship with the gym owner, chances are he would have been put on staff.

The reason for Chris’ confusion is made clear throughout the film by Soderbergh who seems to take real joy in muddying the waters.  Both Chris and Chelsea live professional lives where the boundaries between the personal and the professional are unclear.  But the lines are further blurred by the extent to which their social interactions are dominated by the economic.  Whether they are with friends or clients, Chris and Chelsea spend their lives talking about money, the bail-out, their careers and possible business opportunities.  Indeed, early in the film, Chelsea has a series of meetings in which people ask about her accounting and her investments and it is not clear whether she is speaking with friends, advisors or clients.

Chelsea and Friend discuss… The Economy

The source of Chris’ confusion is a set of tensions at the root of the Chelsea’s world.  Firstly, is there a real distinction between the economic and the personal and if so, which constitutes the real fundamental logic of the world?  For example, does Chelsea succeed because she is a heartless prostitute who pretends to be a girlfriend in order to make more money?  Or is she a girlfriend who feels for all the men she spends time with but who moves from man to man in return for money?  Grey’s performance offers few clues as she is no different in her dealings with Chris than she is in her dealings with the men she sees professionally.  One answer might well be that Chelsea’s success reflects the fact that there is no underlying emotional truth about her.  She is the emotional Madonna and the plutocratic whore.  She exists between the categories and inhabits both of them entirely.  Indeed, The Girlfriend Experience’s plot revolves around characters who attempt to reduce the world to one set of rules or another.

Chelsea in all her glory

Following a beautifully simple three act structure, The Girlfriend Experience’s first act introduces us to Chelsea and her world while its third act shows us the consequences of decisions made by Chelsea in the second act.  The second act (presented to us out of strict temporal order like a structural baroque trill) revolves around Chelsea’s relationship with two men.  The first is a handsome young scriptwriter named David (David Levien) who after spending some time with Chelsea professionally, manages to convince her that he is willing to leave his wife and kids for her.  So Chelsea agrees to meet David for a weekend away (losing Chris in the process).  But David then calls Chelsea and informs her that he cannot come and that he loves his family too much.  Here Chelsea has made a similar mistake to Chris.  Where Chris assumed that all relationships were economic, Chelsea assumed that an economic relationship was purely emotional.  The response is that Chelsea breaks down in tears, suggesting that we are seeing the real her for the first time.  But does she weep over her broken heart or does she weep because she gambled and lost?  Soderbergh, much like the world he has created, is unclear.  All that we know is that Chelsea has been punished for stepping out of the ontologically vague state that propelled her to success as an escort.

Chelsea allows her mask to slip… but is there anything beneath it?

Chelsea’s second punishment comes at the hands of a man who identifies himself as The Erotic Connoisseur (played by the film critic Glen Kenny).  The Connoisseur is an extraordinarily crass man living in disused storage space at his father’s furniture shop.  From there he runs a website that reviews prostitutes but in reality what he does is trade freebies for good reviews, thereby allowing the girls to put their rates up.  He makes this offer to Chelsea in addition to the suggestion that he might be able to pimp her out in Dubai.  Chelsea is appalled, turns the man down and then has to deal with the negative review that stresses not her failure to offer up a ‘girlfriend experience’ but rather her lack of sill at sex.  Clearly, be refusing to let go of the emotional principles that Chelsea clings to thanks to her pseudoscientific “personology” books, Chelsea is punished again by a man who cuts through the veneer of emotional validity that surrounds Chelsea in order to remind her and everyone else that, at the end of the day, she is in the business of getting fucked for money.

In essence, Chelsea is doomed if she overstates the importance of emotions in her personal and her professional life.  She is punished for failing to act as a good Homo Economicus in pursuing the bottom line.  But she is also too hard headed.  She gambles her emotional life with Chris in belief that the market will go up with David only to realise what she has lost when her emotional capital is gone.  Similarly, one cannot help but think that she might have stood more of a chance with David had she not been an escort.  It is one thing to leave your wife and kids for another woman.  It is quite another to leave them for a hooker you met on a business trip to New York. 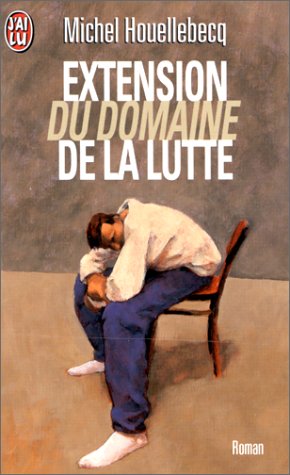 The emotional landscape that Soderbergh has created is reminiscent of the argument put forward in Michel Houellebecq’s Extension du Domain de la Lutte (1994).  The book (along with the rest of Houellebecq’s oeuvre) argue that there is a link between the liberalisation of markets and the liberalisation of sexuality.  Just as freer markets have resulted in ‘winners’ who make fortunes and ‘losers’ who wind up penniless, the slow abolition of sexual values such as virginity, marital fidelity and chastity have resulted in an emotional landscape in which some people are free to have huge amounts of sex while some live their lives in celibate or near-celibate isolation.  Soderbergh’s suggestion that money can also overwhelm relationships, distorting their internal logic and making them as treacherous as a bear market business deal is making a very similar point.  The difference between Chelsea and the rest of us is that she was, until she started making mistakes, ahead of the curve : How can relationships survive when capitalistic individualism threatens to invade our emotional spaces just as it has invaded every other aspect of our lives?  Are rising divorce rates, plummeting marriage rates and lives littered with short term relationships anything more than the result of an emotional market crash?