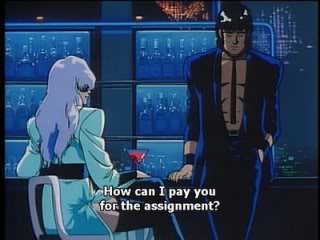 I recently spent several thousand words complaining about how 21st Century film journalism has allowed itself to become little more than an unpaid cog in the Hollywood marketing machine but there will always be exceptions to the rule. For as long as I have been reading about world cinema on the internet, I have been aware of the brilliance that is the website Midnight Eye.

As readers will have come to expect, their parting message is as insightful as it is despairing about the nature of contemporary Japanese cinema:

There is still quite a bit of guts and artistic vision on the no-budget end, but that side suffers from a lack of outlook – for the vast majority of young indie filmmakers there is nowhere to grow after they make their first self-financed feature, even if they had their film shown at festivals abroad and picked up a few awards along the way. Self-financing a movie is an exhausting process that you are not terribly likely to repeat (unless you are Shinya Tsukamoto and it’s in your DNA). They can’t go professional either, because there is simply no room for them in the industry: since the collapse of the video and DVD market medium-budget productions have to all intents and purposes vanished, while the production committees of the high-budget films prefer to hire someone of whom they can be sure, which means either a TV director familiar to the network that has a stake in the production or an experienced hand like Takashi Miike or Yukihiko Tsutsumi who already has a track record making hits.

Things go in waves (or in circles), so surely these recent developments in Japanese film (and hopefully those in politics too) will eventually be replaced by other trends. That an increasing number of directors are looking to make films overseas is both a sad consequence of the current situation and an opportunity to redefine our views of what constitutes a “Japanese film”. But the current situation and the films it engenders do not exactly fill us at Midnight Eye with the enthusiasm we need to keep this website running when so many other important things require attention.

The closure of Midnight Eye has left me wondering whether cultural scenes might not just wind up getting the critical press they deserve. How can we expect film journalists and critics to be brave and pioneering when the creators they write about seem content to chase the last big hit?

I have long been an admirer of Midnight Eye and will profoundly regret their closure… great works should not end in a chorus of indifference.