I do not have very much to say about Mike Leigh’s Mr. Turner other than to urge you all to seek it out.

Despite the fact that Leigh’s Topsy Turvy remains one of my favourite films, I had been put off going to see Mr. Turner by a series of trailers that made it look like the kind of sighing, nostalgic, worthy poison that is normally reserved for Sunday evening television. You know the kind of thing I’m talking about… conservative propaganda masquerading as ‘prestige drama’ and forced down the gullet of a population struggling to remain conscious after a weekend’s concerted hyper-consumption. British landscapes with the motorways dutifully cropped. British stately homes that are open to the public but only by appointment and on the understanding that HMRC won’t look too closely at the VAT receipts on the upkeep bills.

In truth, I shouldn’t have worried as Mr. Turner is just as strategically disrespectful as Topsy Turvy. In fact, the film’s methods and politics are so close to those of Topsy Turvy that one could almost talk of the films as a series united by a desire to re-claim, re-invent and re-humanise icons of Britain’s cultural past. I won’t hold my breath for a similar film about Agatha Christie or M.R. James but a boy can certainly dream.

The writing and acting that went into Mr. Turner are, naturally, sublime but I think particular credit needs to be given to the film’s cinematographer Dick Pope who has littered an otherwise very actor-centric film with some of the most arresting images to come out of British cinema in recent history. Though not as expressionistic as the work of Turner, you still have to marvel at Pope’s composition: 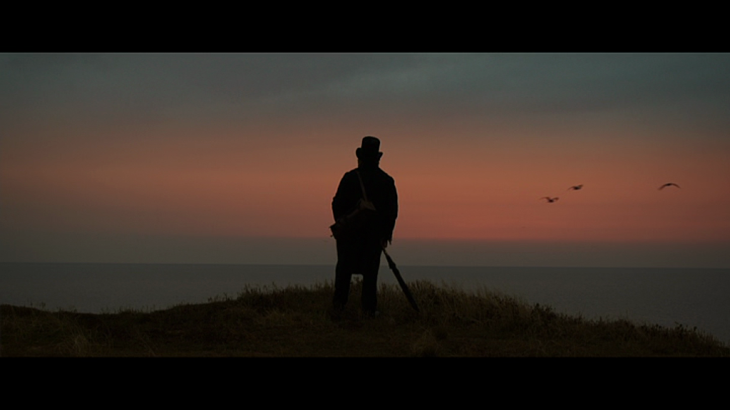 I don’t know very  about the history of art but I think I am right in saying that a number of these shots are re-creations of famous paintings. For example, the above shot of Turner looking out to sea recalls Caspar David Friedrich’s “Wanderer Above the Sea”: 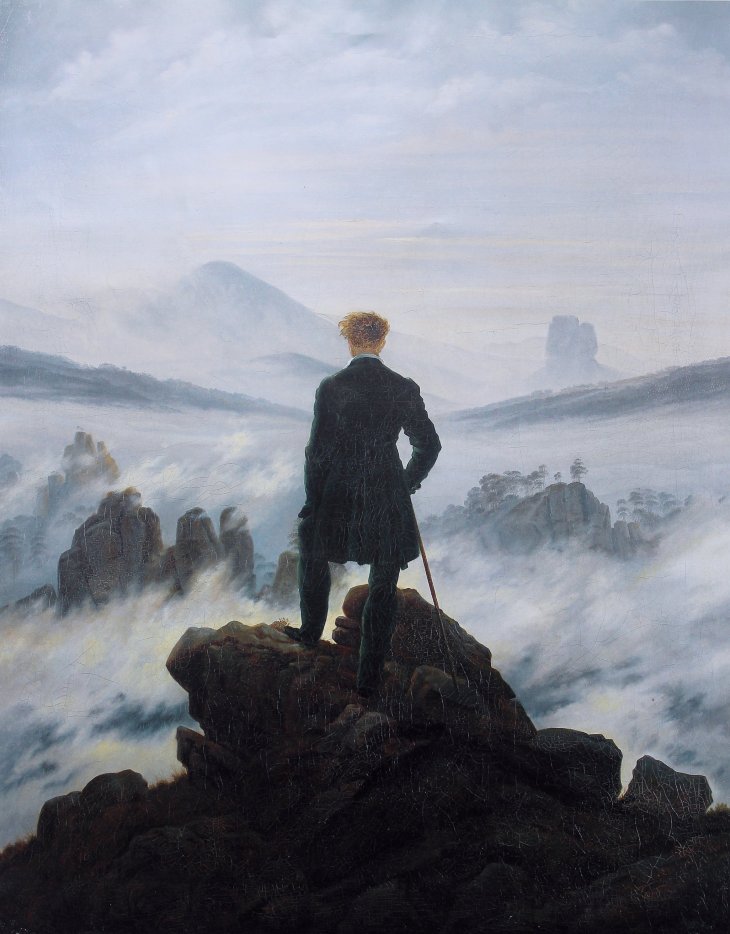 Images of Turner standing before the vast, oppressive beauty of nature recur throughout the film: 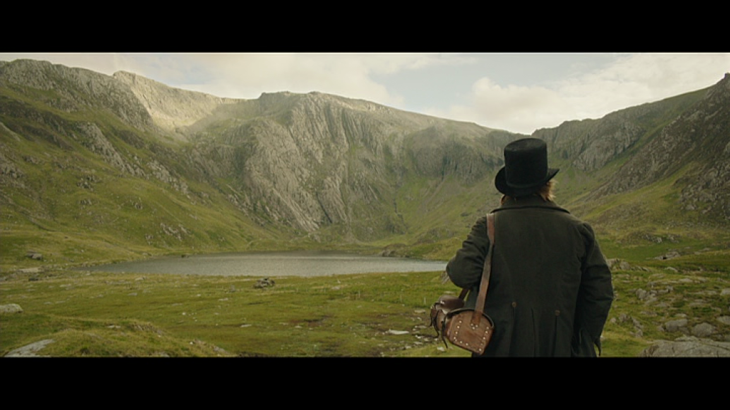 As do diegetic and non-diegetic references to Turner’s various paintings including “The Fighting Temeraire”: 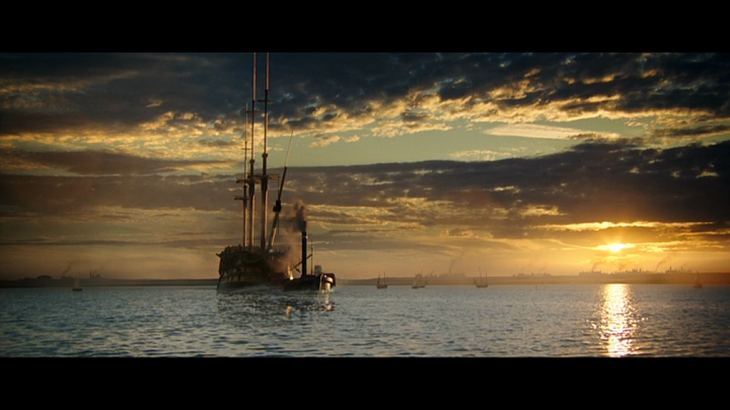 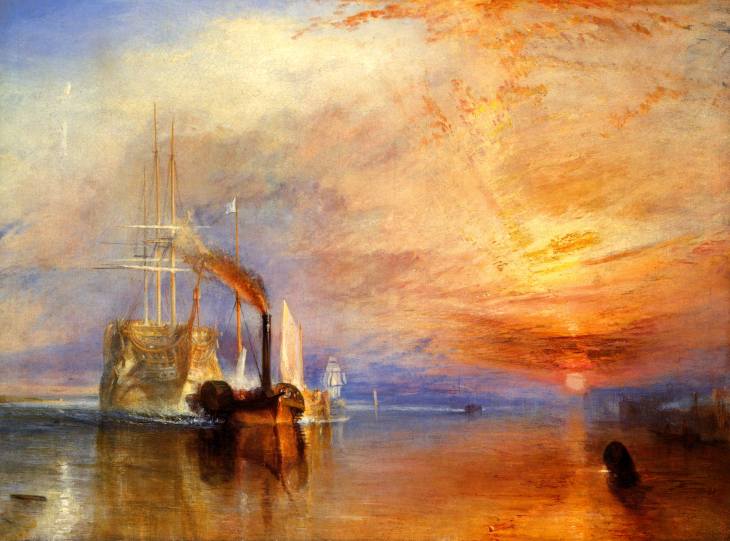 There’s also what seems to be a reference to John Everett Millais’ “Ophelia”: 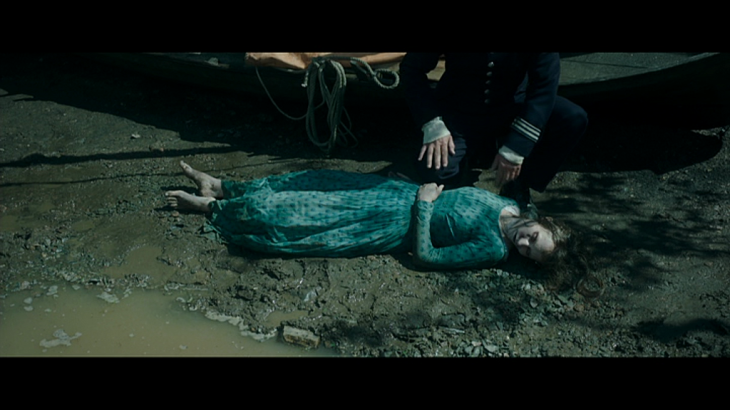 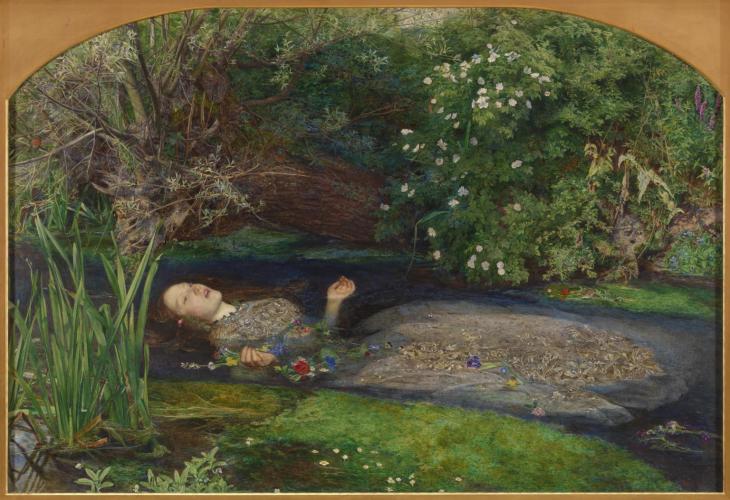 There is also a marked fondness for composition that makes use of frames-within-frames: 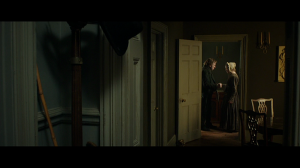 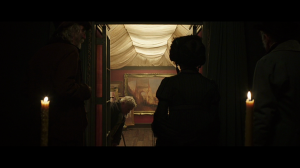 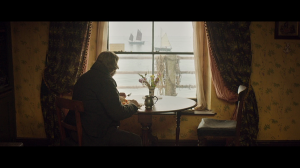 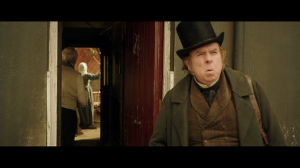 As well as classical group scenes: 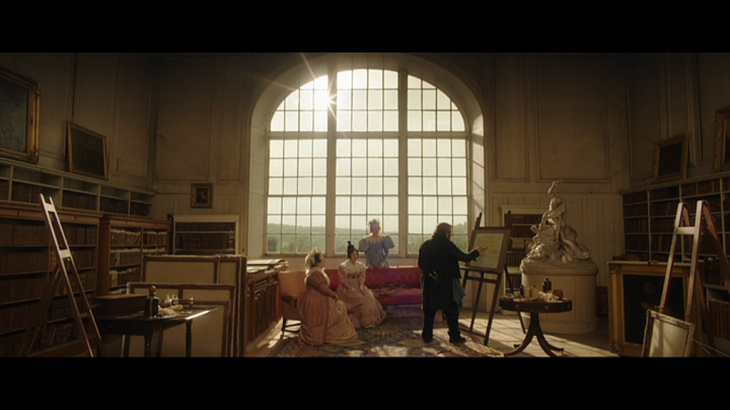 And the kind of incredibly detailed, high-density images that recall Constable and foreshadow a scene in which Turner mocks Constable’s painstaking attention to detail by completing a painting with a single dab of paint: 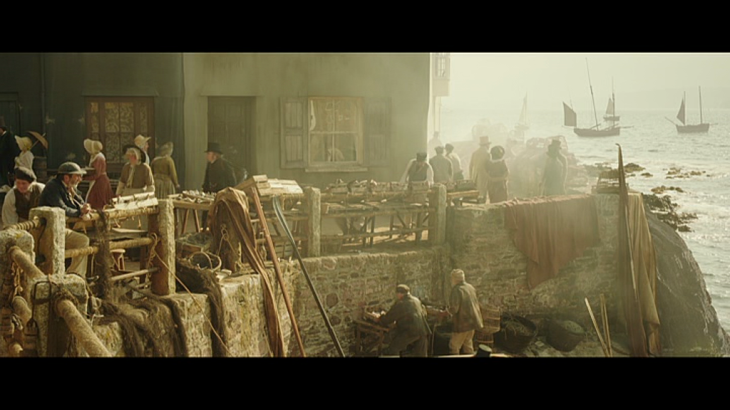 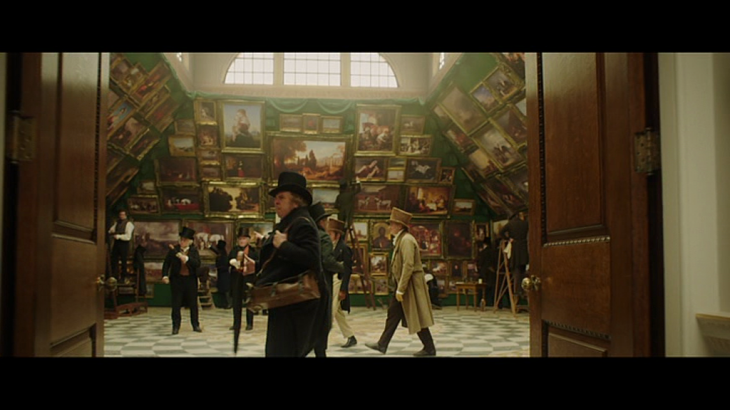 And then there are simply beautiful images that speak of nothing but themselves: 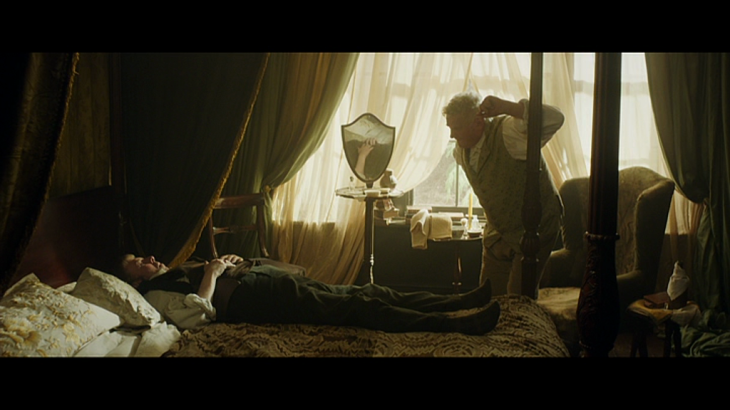 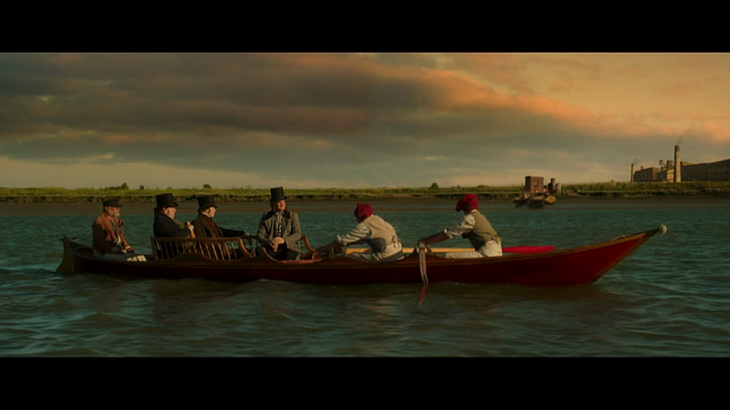