They say that cocaine can make a good man great.

The also say that it can make him into a tedious jabbering fool.

These things are not necessarily mutually exclusive.

One of the more intriguing sequences in Charles Ferguson’s Oscar-winning documentary about the credit crunch Inside Job (2010) reveals that, prior to the crash, a number of New York brokerage houses and management consultancies allowed their employees to pay for sex on their company credit cards. Ferguson uses this revelation to add a tinge of decadence to his depiction of Wall Street institutions but it also raises the question of a degree of kinship between betting large amounts of other people’s money and a lifestyle littered with cocaine and high-class escorts. Ferguson hand-waves this association with some waffling about pleasure centres in the brain but what if the link is not neurology but a question of peer groups? Are the sort of people who tend to do well in banking also the sort of people who tend to enjoy coke and hookers? Does a fondness for coke and hookers mark financial executives out as ‘our sort of chap’?

Neil Burger’s Limitless is a science fiction film about a man who discovers a drug that unlocks the untapped potential of his brain. Initially a struggling science fiction writer, the film’s protagonist soon morphs into the sort of arrogant, swaggering, bollock-talking bell-end that seem to dominate the world’s financial institutions and, as long as he keeps taking the pills, there’s a good chance that this particular bell-end will wind up President. 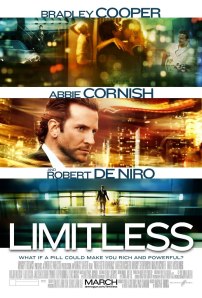 Eddie Morra (Bradley Cooper) is a borderline dropout. Despite having somehow secured a book deal, he spends his days failing to write and living off a string of moderately successful and moderately ambitious girlfriends. Clearly not stupid, Morra wastes what potential he has in booze and procrastination while the door to opportunity slowly closes in his face. Recognising that this aspiring author is going nowhere but the gutter, Morra’s girlfriend dumps him leaving him to wander the streets gripped with angst until he encounters an old acquaintance who gives him a tiny transparent pill. Figuring he has nothing to lose, Morra pops the pill and suddenly finds himself able to see the sorts of connections and form the sorts of arguments that were forever out of the reach of his frustratingly distracted mind.

What this? oh… it’s for head-aches.

After securing a large supply of the drug, Morra sorts himself out and finishes his book. However, as his ego expands along with his cognitive powers, writing starts to seem like something of a dead-end to him and so Morra takes to the stockmarket and bullshits his way into spending the weekend with a gang of layabout rich kids and their financial advisors. So potent is Morra’s line in chat and swagger, that one of the advisors lands Morra a job with a Gordon Gecko-style Master of the Universe (Robert Deneiro).

You have some… powder… on your upper lip

Burger does two things very well in this film:

Firstly, he does a wonderful job capturing what it feels like to be in the zone; those times when everything you say seems to be right and everything you think seems to be not only true but also phrased in an impeccably articulate manner. Secondly, he has a fine line in mind-bending visuals including a number of shots where the camera zooms inwards through walls, cars and along entire streets. 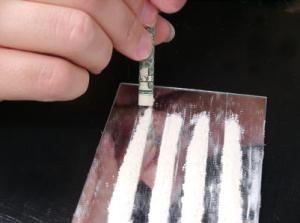 Together these effects indicate that the drug Morra uses is a science fictional representation of cocaine. Indeed, here is a man who is clearly suffering from depression until he gains access to a supply of an expensive and illicit drug that transforms him from an under-achieving intellectual into a powerhouse of self-confidence and intellectual clarity. In quite a sly move, Burger only ever lets us overhear snippets of Morra’s speeches and ideas about the world thereby allowing for the possibility that, while Morra thinks he is being incredibly smart and insightful, he is in fact doing nothing but producing a torrent of coked-up bullshit.

Halfway through the film, Morra starts to experience time-loss and so stops using the drug. As withdrawal symptoms start to make their appearance, Morra delves into a weird demi-monde of failures who used the drug for a while but then stopped because they simply could not afford to sustain their habits. It turns out that the drug is not only financially ruinous, it can also prove deadly if you go cold turkey. All of which will seem very familiar indeed to anyone who knows anything about cocaine addiction.

At this point, the film regrettably falls apart and Morra gets mired in a series of dull and mishandled sub-plots involving cartoonish Russian gangsters, poorly developed corporate intrigue and lots of pointless chasing. Puzzled as to how such a disastrous plot ever got off the ground, I looked into the film’s source material, a ‘techno-thriller’ by Alan Glynn entitled The Dark Fields (2001).

According to Wikipedia, the plots of The Dark Fields and Limitless diverge at precisely the point where Limitless starts to fall apart; In the book, the protagonist’s supply runs out and he finds himself, like most cocaine addicts, having to cope with the physical, psychological and financial repercussions of his addiction. In the book, the protagonist’s use of the drug lands him a job in high finance that he loses because of his increasingly erratic behaviour. That Glynn’s protagonist falls from grace and has to deal with the consequences of his binges suggests that The Dark Fields was written as a science fictional account of cocaine addiction. However, Limitless’s attitude towards the downsides of habitual drug use suggest that its target might be somewhat different.

According to Limitless, the only problem with cocaine is that you might one day have to stop using it.  On the other hand, if you can afford to keep doing blow then the world is your oyster.

Limitless presents a version of Wall Street where jawing cokeheads rule the roost. Repeatedly throughout the film, some more cautious underling will express concern about Morra’s plans only for Morra to take them apart in a flurry of coke-fuelled wit and insight. The comparison with Inside Job is clear: In high finance, habitual drug use does not so much impede your career as enhance your prospects. The absolute self-confidence of the cocaine user marks him out as precisely the sort of person who should be allowed to take risks with billions of dollars of other people’s money. But Limitless does not limit itself to making fun of the calamitous hiring practices of the financial sector, it also casts a satirical eye over modern politics. 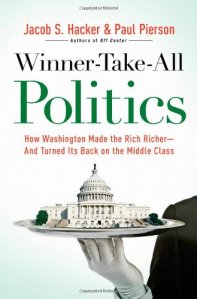 Limitless ends with Morra standing for the senate. The bluster and confidence that once won him a career in high finance are now winning over the voters in a political surge that could well carry him all the way to the White House. It might be tempting to say that the root of Morra’s popularity lies in his ideas and not his self-confidence but this ignores the fact that Burger never grants us any insight into what Morra’s ideas might be. We never even learn whether he’s a Democrat or a Republican. This idea that cocaine users can gull the electorate in the same way as they gulled the directors of financial institutions echoes quite neatly with one of the themes in Jacob S. Hacker and Paul Pierson’s excellent book Winner-Take-All Politics: How Washington Made The Rich Richer And Turned Its Back on the Middle Class (2010). One of Pierson and Hacker’s observations is that US politics should be understood not in terms of who wins elections but in terms of the power of special interest groups to determine economic policy regardless of who happens to be in office. Focusing on elections means seeing politics as electoral spectacle:

At the center of this blinkered vision are the huge shows we call elections, circuses that bring together two broad groups under a red-white-and-blue tent. In the audience sits a fairly inchoate mass of voters. In the ring are the politicians, individual showmen who seek their favor. They succeed or fail in wooing a fickle electorate partly based on events – Vietnam, riots, an assassination, an economic downturn – and partly on their skill in managing the related challenges.  – Pp. 101

To take policy out of the picture is to reduce political conflict to the status of sports. Clashes between the “red team” and the “blue team” become no different from a game between the Celtics and the Lakers. This is no doubt why politics as electoral spectacle is so appealing to the media: It’s exciting, and it’s simple. Aficionados can memorize the stats of their favorite players and become experts on the great games of the past. – Pp. 101-102

If elections really are nothing more than bread and circuses in which showmen battle to impress an ignorant and easily bored electorate then it makes perfect sense for politics to become an arena for habitual cocaine use. Perhaps the true message of Limitless is that we should all make an effort to use a little bit more of our brains lest the jawing nose-bandits really do take over the world.