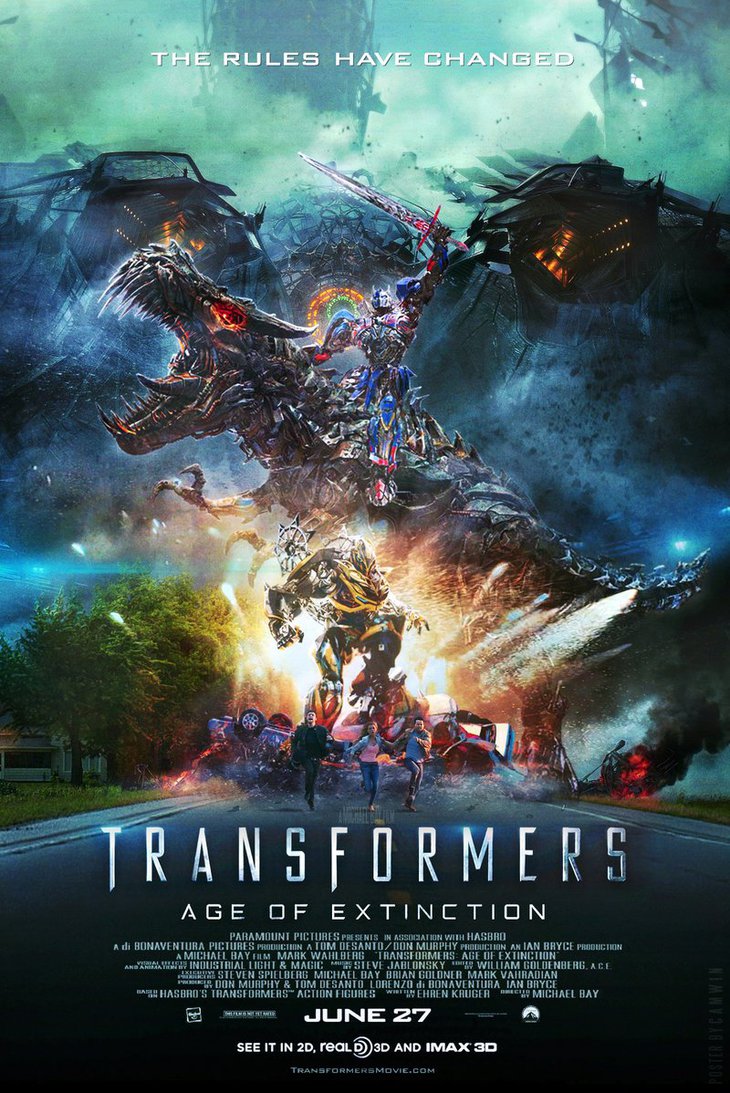 Transformers: Age of Extinction is something of a paradox. Compared to Transformers: Dark Side of the Moon, Transformers: Revenge of the Fallen and the original Transformers, the film is better acted, better written and better made. Rather than the usual barrage of ill-connecting set-pieces, Age of Extinction’s plot has a beginning, middle and end constructed around a cast of characters who not only speak in complete sentences but also behave in a manner suggesting the presence of recognisable human emotions and comprehensible motives. The comedy (though still irritatingly broad) is somewhat less offensive and better integrated into the beats of the film while the action sequences are much easier to follow thanks to digital effects technology having now reached a point where Michael Bay can finally stage and shoot a fight between two giant robots without having to keep dipping the camera behind obstacles whenever the bit-rate sinks below the photo-realistic. Transformers: Age of Extinction is a real paradox as while it is unquestionably the best made film in the series, it is also the most excruciatingly shit.