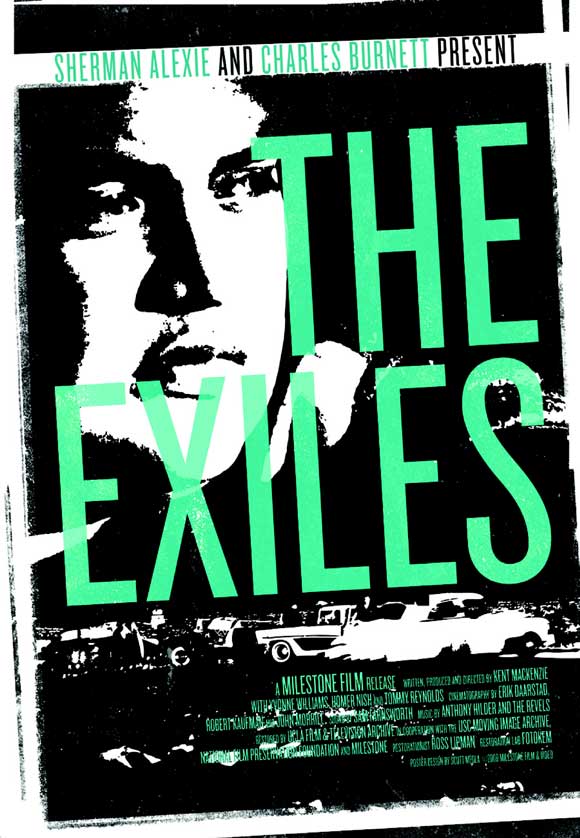 Before I start this review, I would like to make it clear that I believe in the importance of social history. Even setting aside present-day issues surrounding access to the media and who gets to tell their stories in public, I think there is real value in having people talk about their experiences before the worlds that spawned those experiences disappear for ever. Social history is a cornerstone of revolutionary praxis; by keeping a record of the past, we remind ourselves not only that the present might have been different but also that the future is not yet written. I believe in the absolute necessity of social history and yet I recognise that the process of collection and presentation can be intensely problematic.

Frank MacKenzie’s The Exiles is one of those films whose chequered commercial history winds up shining a rather unflattering light on the difference between a film finding an audience and a film disappearing without ever being shown in public. While production on the film may have ended in 1958, the film was first shown to the public in 1961 as part of the Venice film festival. Though relatively well-received at the time, the film seems to have generated little buzz and so The Exiles was never picked up for cinematic distribution and effectively sank without a trace. However, this changed in 2003 when Thom Andersen released Los Angeles Plays Itself, a feature-length critical essay about the history of Los Angeles in American film.

Though sadly not available in the UK, Los Angeles Plays Itself has been a hugely influential piece of criticism. The essay’s most notable success was the re-discovery of Charles Burnett’s Killer of Sheep, a magnificently dream-like film about the plight of African Americans who left the South for California after World War II only to wind up living short and desperate lives in areas like Watts. Aside from being a fantastic film in its own right, Killer of Sheep is also an important piece of cultural history in so far as it is a film by an African American about what it was like growing up in a particular community at a particular time. While the film’s re-release predates stuff like Black Lives Matter, the brilliance of the work and the importance of the subject matter were enough to turn Killer of Sheep into something of an art house hit. Nearly a decade later, I don’t think it’s possible to talk seriously about the recent history of American film without mentioning the name Charles Burnett.

The decision to re-release The Exiles in 2008 can only be understood in terms of the influence of Los Angeles Plays Itself and the success of Killer of Sheep. Indeed, while Killer of Sheep provided us with an insight into what it was like to be a poor, black resident of Watts in the 1970s, The Exiles can be seen as an attempt to understand what it was like to be a poor, Native American resident of Bunker Hill in the late 1950s. I can totally see why people wanted to release The Exiles and why they might have thought it was another Killer of Sheep but while Killer of Sheep is beautiful, insightful, and created by a member of the marginalised group the film purports to be about, The Exiles is tedious, lacking in insight and made by a bloke from Hampstead. The Exiles is not just problematic, it’s also a real wasted opportunity and a reminder that diversity must exist at the level of production not just subject matter. Blokes from Hampstead should not be speaking for people whose parents would have grown up with memories of events like Wounded Knee.