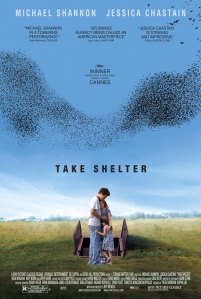 The Twentieth Century was kind to the American people. A continent claimed and a nation forged, the Americans dipped their toes into the waters of international politics with a pair of heroically late entries into wars that ultimately destroyed the great European powers of the 19th Century. Generation by generation, the American people became wealthier and wealthier while their language and culture travelled the world breaking boundaries and making friends. By the end of the twentieth century, life was so good for so many Americans that historians proclaimed history to be at an end: America had won and the American people stood at the very pinnacle of human flourishing. Never in the history of human affairs had one society been so wealthy and so powerful. The future was bright, the future was American.

Then something peculiar happened. The economic forces that once promised universal wealth and happiness suddenly began to cough and stutter as skyscrapers collapsed in downtown New York. Shaken and traumatised, the American people demanded that American blood be avenged ten-fold but the wars this sentiment created produced nothing but trouble. There was no revenge or glory, there was only a bottomless sea of moral ambiguity and America was rapidly running out of beach. Denied the cathartic closure of a ‘good war’, the American people retreated into their dream of cosy consumerism but the events of September 11 were nothing but a grim foreshadowing of the economic collapses to come. September 11 messed up a few buildings but the credit crunch destroyed an entire way of life. Suddenly, the long balmy evening of eternal economic growth was cut short and, for the first time in generations, Americans were less well off than their parents. Not only that but working seemed not to help as millions of Americans worked multiple jobs but still struggled to hang on to their homes. To this day, many Americans spend all day working and yet feed themselves and their families from soup kitchens.

After a series of brutal kicks to the abdomen, the American dream lies bleeding and gasping for breath but when people look around for help or guidance they find a political class that is constitutionally incapable of recognising a problem. With millions unemployed and an entire generation of young people being shovelled onto the scrap heap of history, the American media and political elites seem more worried about the president’s religion and nationality while public discourse has devolved to the point where it amounts to nothing more than a pair of cowardly tribes who shout insults across the battlefield without ever ordering a charge. Something is profoundly wrong with the American way of life and yet neither American politicians nor American journalists seem prepared to acknowledge it. To admit fear and worry would be too un-American and so the people of America hunker down and wait with anxieties unaddressed and uneased.

Jeff Nichols’ psychological thriller Take Shelter is a brave attempt at confronting the fears that grip American society. It is a film about the reality of living scared and the problems that come from failing to address these all-pervasive feelings of dread.

END_OF_DOCUMENT_TOKEN_TO_BE_REPLACED

Based on a novel by Madame de la Fayette, Bertrand Tavernier’s The Princess of Montpensier tells a story of love, betrayal, jealousy and intrigue set against a vicious 16th Century French civil war that saw Protestants square off against Catholics.

On initial viewing, there is little to distinguish The Princess of Montpensier from the growing backlog of pleasingly cynical romances that have come to dominate French period drama over the last couple of decades. For example, if you liked the swashbuckling aspects of Philippe de Broca’s Le Bossu (1997) or the acute social commentary of Patrice Leconte’s Ridicule (1997) then you will find in Tavernier’s film elements of both. However, look beyond the masked balls and the buckled swashes and you will also find a film that is refreshingly literary in its approach to storytelling.

Many films are formulaic creations content to tell and retell the same stories that people have been telling to each other since fire met side and beer met lips.  In these ancient narratives, character only ever serves as ballast as the issue is never what a particular character will do but which of his character traits will force him down the rabbit hole of conventional narrative form: is the young hero motivated by passion or by a desire to prove himself? Is his quest for truth, for himself or for love? An approach to narrative that prizes effectiveness of plot over respect for character and complexity is a fixture of genre and there’s a genre for everything these days.  Thankfully, some works take a different approach in so far as they place the impetus not upon the plot but upon the characters.  The plot, in such forms of writing, comes from the characters and not from some procrustean notion of what constitutes a story.  This approach to plotting is particularly evident in the televisual writings of David Milch, whose Deadwood and John from Cincinatti both featured narratives that emerged organically as a result of having a bunch of well-drawn characters shoved into a confined space in which they are forced to interact.

The Princess of Montpensier is a film that is written very much in the Milchian tradition.  It begins by introducing us to a series of characters and then waits patiently as these characters’ personality traits force them into conflict with each other.  The characters in question are:

For nearly two and a half hours, The Princess of Montpensier shows us what happens when some of the most accomplished, powerful and greedy men in France fall in love with the same woman. Some love her because others love her, some love her for who she is and some love her because she is theirs by right or by love.  Regardless of their motivations and Marie’s attitude towards them, these men are all willing to stake everything they have in order to get what they want. The film’s plot flows naturally from the ensuing conflicts as disagreements, jealousies and insecurities pile on top of each other as irrational desires surge and spiral out of control. This treatment of irrational passion makes the film an interesting companion piece to Patrice Chereau’s Dumas-inspired La Reine Margot (1994), which features many of the same historical characters and settings.

La Reine Margot explains the French Wars of Religion by presenting Early Modern France as a bubbling cauldron of sexual, religious and political passions, passions that inevitably bubbled over into mass hysteria resulting in the demented carnage of the St. Bartholomew’s Day Massacre.  Chereau depicts Paris as a sweltering, flea-infested place that is so overcrowded and full of drink and hatred that the massacre could just as easily have been caused by a fight over a barmaid as by the desire to control the spiritual fate of the nation. Religious violence, for Chereau, is just an expression of humanity’s inherent psychological instability.

Tavernier’s The Princess of Montpensier opts for a slightly different approach by presenting 16th Century France as an eminently reasonable place in which people go about their business without being overly worried by matters of religion or love. Indeed, given that the plot involves only Catholic nobles, the Huguenots are absent from the bulk of the film excepting one brilliant scene in which their black-clad countenances are warped and rendered monstrous and ethereal by an imperfect pane of glass. By presenting the irrational conflict over Marie as an uncharacteristic moment of madness, Tavernier is presenting Marie as a sort of thematic placeholder for the high ground of French political life, whether it is secular or religious. By showing us how a number of powerful and accomplished men can destroy themselves for the sake of a woman, Tavernier is suggesting how the Wars of Religion might have come to pass, namely that it is a small step from a life of sanity to an orgy of blood and self-destructive violence.

Grounded in some beautifully drawn and wonderfully performed characters and boasting some neat sword-fights and battle sequences, The Princess of Montpensier is a timely reminder not only of the cynical wonders of French period drama but also of the astonishing richness of French history. The French Wars of Religion saw the French body politic tear itself to shreds as the desire for compromise and peace was driven out by a murderous need for purity and blood. By setting a tragic romance against this backdrop, Tavernier is warning us that human nature is so unstable that there is no telling when such moments of madness might grip us again.

There is no greater testament to the evolving nature of genre than the Vampire.  Once upon a time, the vampire was the poster boy of the gothic romance.  He stood for the dark side of the Victorian heart; The swarthy foreigner whose powers of evil and sensuality lured upstanding Victorian women to their fall not through force but through mesmerising gazes and hushed words.  The horrifying nature of the Vampire lay in his mastery over the very elements of human nature that Victorian society sought to deny.  His was the worst kind of evil.  The evil that one wanted to give in to.  As society changed and cultural attitudes shifted, the Vampire’s evil seemed to dim.  As Horror peeled away from the gothic and what remained sank back down into Romance, the Vampire changed from a dangerous sensual evil into the kind of sensual creature that you would love to date, even if your parents wouldn’t approve :  Male Vampires became leather-trouser clad pretty boys with fashionable hair styles and either a fondness for violence or a deep and brooding sense of artistic self-loathing.  Female Vampires became invariably bisexual and more or less freaky.  The kind of freaky that would scare you but which would also allow you to indulge all of the stuff you see in porn films but would never dare to ask of a real sexual partner.  In other words, good freaky.

In the space of a hundred years Vampires have moved from creatures of pure evil to pathetic sexual Mary Sues for frustrated and repressed Westerners.  The Vampires themselves haven’t changed.  What has changed is our attitude to what the Vampire represents.  That which the Victorians feared and denied in themselves, the people of the 21st Century indulge to the point of solipsism.

However, some attempts have been made to keep Vampires true to their role as creatures of Horror.  Abel Ferrara’s The Addiction (1995) saw in Vampires creatures more in tune with the violent and self-destructive urges that animate humanity as a whole.  Creatures for whom the rational mind serves as an organ or self-justification rather than control or repression.  Alfredson’s Let The Right One In (2008) presented Vampires as users, creatures who adapt themselves to the demands of the marginalised in order to slowly suck the life out of them.  This essay is about a film that returned to one of the first non-romantic presentations of Vampirism.

Werner Herzog’s Nosferatu the Vampyre (1979) is a remake of F. W. Murnau’s Nosferatu : A Symphony of Terror (1922).  But while the remake is, at times, almost shot-for-shot, Herzog’s version presents Vampires as creatures that are not only deeply lonely but whose power is entirely dependent upon the Humans whose blood it drinks.