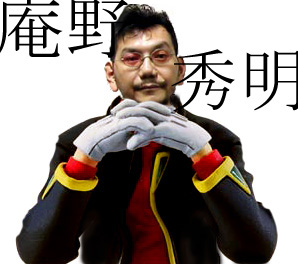 October 1995 saw the appearance of what may yet turn out to be the defining work of 21st Century science fiction.

Written and directed by Hideaki Anno 新世紀エヴァンゲリオン is an animated TV series that ran for 26 episodes and birthed one of the most enduring and successful franchises in the history of anime. Released in the west under the nebulously evocative title of Neon Genesis Evangelion, the series’ original title can be literally translated as “Gospel of a New Century”.

Gospels are useful things to bear in mind when approaching the Evangelion franchise as Eva is not just a TV series but a series of more-or-less consistent works that more-or-less rework the events and themes contained within the original TV series. Given that Eva is a hugely commercially and massively commoditised trans-media franchise, it is tempting to view these later films in the same way as we might view the similar properties that have emerged from Hollywood over the last ten years. Concepts like ‘remake’, ‘reboot’ and ‘reimagining’ might be useful in trying to understand the relationship between different Batman  and Star Trek films but the Eva properties are far more personal and so the relationship between them is a lot closer to that between the various Christian gospels.

While the gospels may share a setting, a cast of characters, and a message to convey, they do not necessarily line up in terms of narrative and character detail. For example, the book of Matthew claims that the Resurrection was reported by women while the book of Mark suggests that they kept the fact to themselves. More substantially, the book of Mark presents Jesus as a conduit for information about the world to come while the book of John treats Jesus as a spiritual teacher whose example we are expected to follow. Theologians may well argue that the various gospels are consistent as long as you squint a bit and deliberately misinterpret things but another way of accounting for the inconsistencies is to view the different gospels as different and more-or-less successful attempts to articulate a single divinely-inspired vision. Anno’s desire to articulate his vision has taken over twenty years and resulted in four broadly different iterations of the same basic story.

It is tempting to explore the differences between the various iterations of the Evangelion story but that would require me to write a much longer article. Suffice it to say that people who are interested in getting to grips with Eva are advised to start with the most recent run of films. The original TV series and Evangelion: Death and Rebirth are also worth checking out but they are considerably harder to find and End of Evangelion is really just an expanded and reworked version of the events described in Rebirth meaning that it will make little sense to anyone not already familiar with the themes and characters.

I’ve not written anything about Eva before but the recent UK release of Evangelion: 3.33 struck me as an interesting place to start as the current iteration of the story — the so-called Rebuild of Evangelion tetralogy — is now several years behind schedule and growing ever-more opaque with each additional volume. In fact, the development problems are so severe that Western home releases of the film were delayed by two whole years amidst rumours of demanded re-translations and re-dubbings. At time of writing, it is not clear to me that Rebuild of Evangelion will be any more successful or definitive than previous articulations of Anno’s vision but the incomplete vision we have is already more arresting and mind-blowing than any Western science fiction film in recent memory.