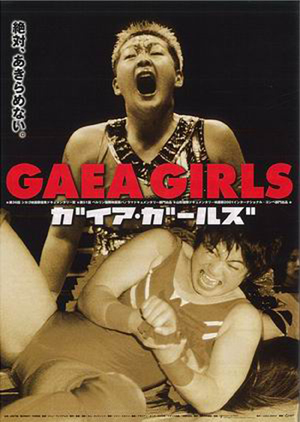 Back in the early 1980s, Chigusa Nagayo and Lioness Asuka formed a professional wrestling tag-team known as The Crush Girls. Part of the second generation of Japanese professional wrestlers, the Crush Girls proved so impossibly popular that they changed the face of professional women’s wrestling and raised the bar for female wrestlers all over the world. Despite their immense popularity, the Crush Girls split up in 1989 when they reached the then-mandatory retirement age of 27. Six years later, Chigusa Nagayo came out of retirement to found Gaea Japan, an entirely new wrestling promotion in which she would also play out a long-standing grudge with her one-time partner Lioness Asuka. Kim Longinotto and Jano Williams’ Gaea Girls is a documentary filmed in and around the training facilities of Gaea Japan that looks at how aspiring female wrestlers cope not only with the traditionally male-dominated world of professional wrestling but also with Chigusa Nagayo’s ideas about parenting.