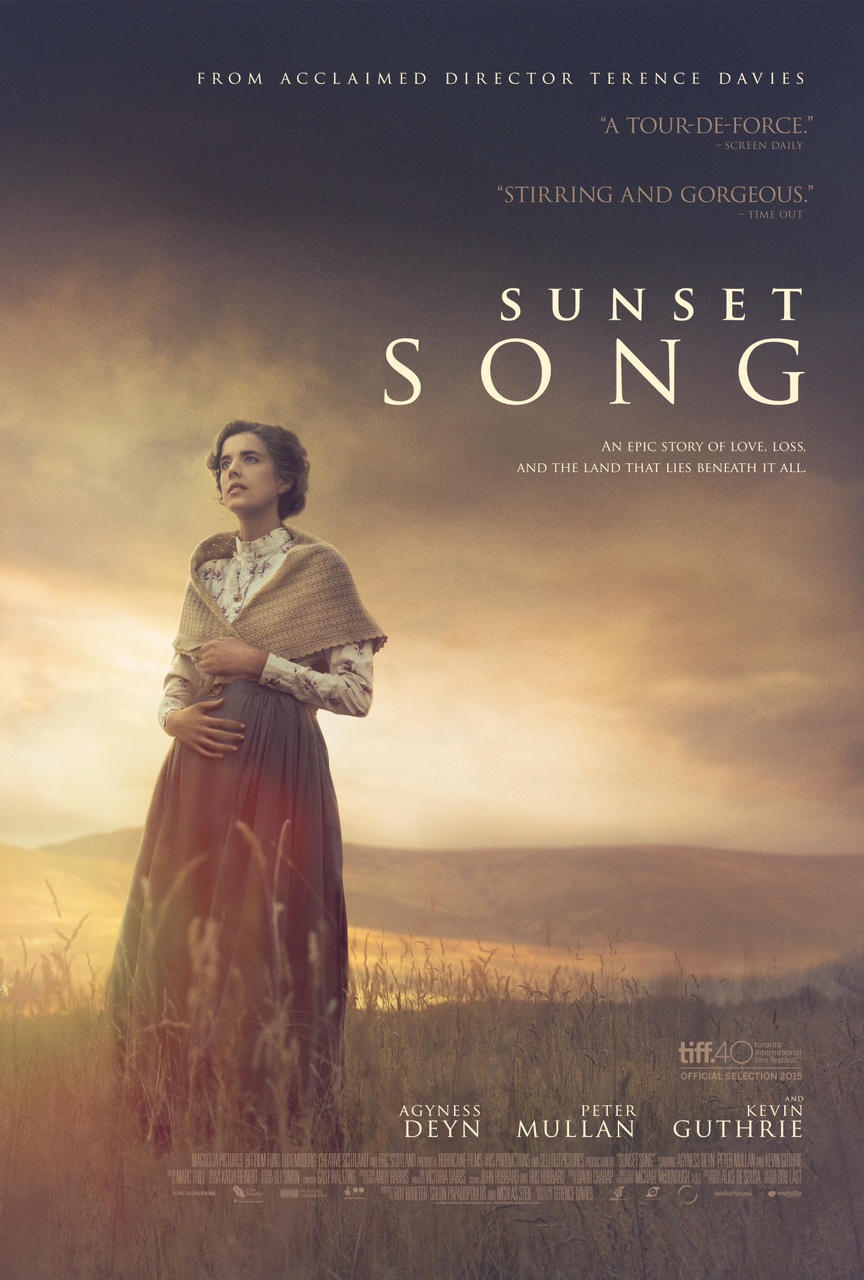 The novel is set in early 20th Century Scotland where a psychotic patriarch decides to become a tenant farmer. Ill-equipped for the task, he drives his wife insane and his son to Argentina leaving him all alone with his sensitive daughter Chris who leaves him to die and takes over the farm only for her life, love, and relationships to be ruined by the outbreak of World War I.

In fairness to Davies, I can completely understand why he was drawn to the project as Chris is a fantastic viewpoint character who — despite possessing some agency — winds up being completely destroyed by the harsh beauty of the Scottish landscape. As the character points out in one of many monologues delivered to a screen of waving corn, the land endures when its human inhabitants do not. The problem with Davies adaptation is a failure to strike a balance between light and shade and a complete failure to condense three complex novels down to a three act structure that fits into just over two hours:

The shallowness of Davies’ adaptation is particularly evident when we enter the final act where Chris’ family comes under pressure from local villagers who are enraged by the group’s failure to support the war. The problem here is that, up until that point, Davies had barely acknowledged the existence of a world outside of Chris’ farm and so he is unable to communicate why a group of isolated farm workers would suddenly feel obliged to conform to the wishes of a community that appears to have had almost no impact on their lives.

There are some lovely moments; the compositions are striking, the photography is beautiful and when Davies does allow some sunlight to penetrate the gloom, there is real humanity too. The problem is that he’s cut so much out of the script that he winds up relying on the actors to form a connection with the audience and neither Peter Mullan nor Agyness Deyne are able to transcend the limitations that Davies’ adaptation has imposed upon them. A shame really.