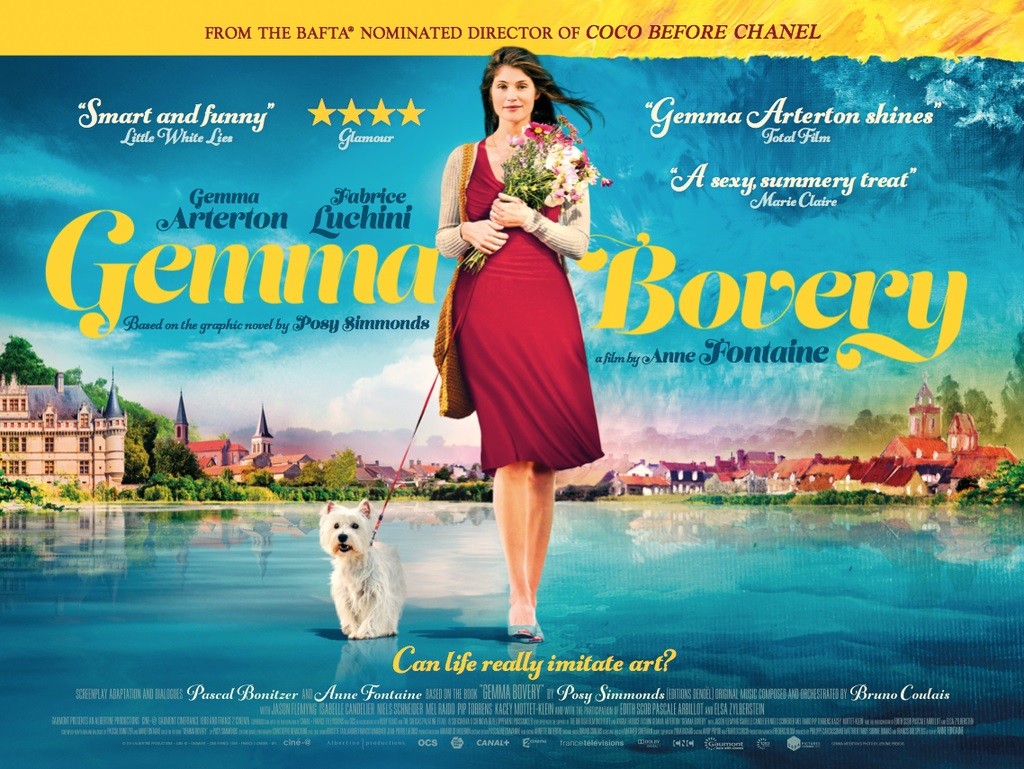 FilmJuice have my review of Anne Fontaine’s Gemma Bovery, an adaptation of that Posy Simmonds strip that ran in the Guardian a few years ago… Gustave Flaubert’s Madame Bovary given a modern make-over and transported to a village in Normandy where an English couple have just moved in. But the cleverness of the source material extends way beyond its modern setting.

As I say in my review:

Simmonds’Gemma Bovery was an attempt to address the maleness of Flaubert’s gaze by drawing the audience’s attention to the way that men see women, the way that men read novels, and the way that these two processes can often feed into each other. Anne Fontaine’s French adaptation of a British comic connects admirably with the source material’s literary criticism but struggles to understand the substantive issues surrounding the ways in which straight men look at women.

This is a film about a French baker who becomes obsessed with the idea that an English woman named Gemma Bovery is in the process of reliving the plot of Flaubert’s novel. What works is the way that Fontaine keeps Gemma at arm’s length and encourages us to speculate as to what is going through her head. What does not work is that Fontaine seems surprisingly reluctant to acknowledge Gemma’s existence as anything other than a sex object. As I explain in my review, there are scenes intended to stress the fact that Gemma works damn hard to maintain a sexy public persona and that said work involves hours spent working out, denying herself food, and generally being profoundly unsexy.

This was a real wasted opportunity as it seems to make the exact same mistake as David Fincher’s adaptation of Gone Girl in that the female character delivers a speech about how she can finally be herself after years of being the ‘cool girl’ only for the film to suggest that the character had no ‘real self’ beyond a desire to mould herself to male expectations and use those expectations to manipulate and consume men.

Both films acknowledge the ‘cool girl’ phenomenon and the extent to which women are forced to perform not just their femininity and sexuality, but also their earthy authenticity for the sake of men. However, it is one thing to acknowledge this phenomenon and quite another to critique it and Fontaine proves just as unwilling to critique the performance of femininity as Fincher.