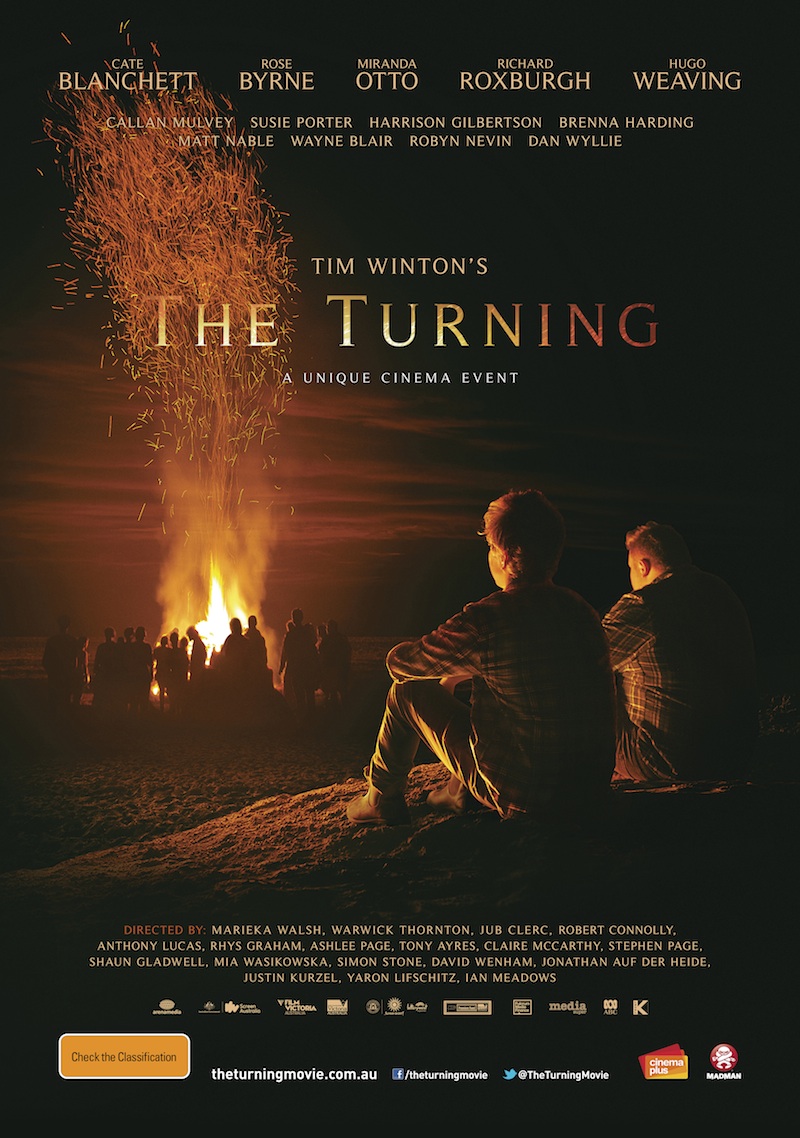 FilmJuice have my review of the Australian short film collection The Turning, based on Tim Winton’s short fiction collection of the same name.

Short films as undeniably a good thing: Their reduced run time means that they are not only cheaper to make, they’re also less thematically demanding in that it is easier to come up with an interesting idea that will sustain a ten minute short film than it is to come up with an idea that will support a 90-minute feature film. The fact that short films are considerably shorter than feature films also means that they are a lot cheaper to make and so ambitious filmmakers can experiment with short films in a way that they simply cannot do at feature lengths. The problem with short films is that they are incredibly difficult to sell… indeed, no stable market for short films exists outside of a Horror genre that has somehow managed to maintain its fondness for anthology formats. The Turning is an attempt to rekindle the market for art house short film by getting 18 different directors to make short films based on stories taken from an award-winning short fiction collection in which some of the stories share characters, themes and recurring motifs. As I point out in my review, the idea of using the motifs in a short fiction collection to bind together a set of short film does not really work as:

while Winton’s short stories connect using recurring characters, themes, and motifs, the production’s failure to create a sense of visual continuity means that almost none of the recurring motifs or re-used characters survive the transition from book to film. What this leaves is a series of short films that only inter-connect in so far as they often share a fascination with regret or alcoholism, and frankly those types of themes pop up so often in art house film that they seem accidental.

In fairness, I can see why the producers chose the path they did as making the connections in Winton’s fiction work on film would have required not only the imposition of particular actors for particular parts but also a shared visual palette that would have seriously hampered the vision of the individual directors. This reminded me quite a bit of the Marvel Cinematic Universe as creating a sense of visual continuity between the films has robbed individual directors not only of the power to cast for themselves but also to shape the look of their own films. In the case of the MCU, the need for visual continuity has resulted in films that look depressingly similar but, in the case of The Turning, the lack of visual continuity means that a curated collection of short films comes across as almost completely unconnected. Swings and roundabouts I guess…

Another thing that really struck home when watching The Turning was quite how male-gazey the films directed by men turned out to be compared to those directed by women. One of the recurring saws of this blog is that art house film has ossified around a set of visual shortcuts that contain sexist assumptions but seeing similar characters and themes tackled by both men and women really drives home the extent to which female directors are more willing to question those shortcuts than their male counterparts. Having said that, the single most objectifying film in the entire collection is directed by a woman so it’s evidently not just men who fail to unpack their own cinematic vocabularies.