Over the past couple of months I have been making the most of the improved median ambient temperature and doing quite a bit of walking.  Where before I might have taken the bus or the tube, I now walk.  This left me with something of an entertainment shortfall as while it is easy to read a book on public transport, it is much harder to do so whilst walking.  In fact, reading a book whilst walking through London is very much like eating a roast dinner whilst sitting on a public lavatory : A combination of activities that is neither intuitive nor particularly healthy.  However, One thing that all of this walking has allowed me to do is increase the number of podcasts I listen to on a regular basis and I thought I might share some of my favourites in order to a) encourage people to listen to them and b) maybe illicit a few suggestions from the people who read this blog.

I’ll start with the ridiculous before moving to the sublime… 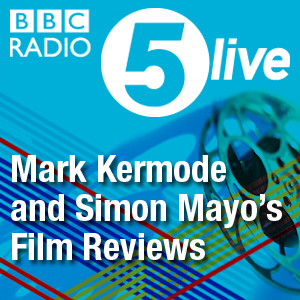 Mark Kermode’s and Simon Mayo’s Film Reviews : Easily my longest-standing subscription, Kermode’s reviews now mostly sits accumulating blue dots in my version of iTunes.  I was initially drawn to Kermode’s reviews as Kermode is not only a knowledgeable and entertaining speaker but also someone whose tastes are broadly similar to mine (particularly when it comes to Horror).  I used to keep all of Kermode’s reviews and listen repeatedly both to the rants and to those reviews that referenced a wider tradition of film writing that I was mostly unfamiliar with at the time.  However, partly due to the success of the show, an element of self-satisfied laziness has started to creep in that makes it an increasingly difficult listen.

Part of the problem is the format of the show itself.  As part of a daytime show on talk radio, Kermode’s reviews are forced to cohabit with a constant stream of cretinous emails from the general public.  Other shows such as Thinking Allowed and The Film Programme also read out emails but do so selectively, using them either to draw on the specialised knowledge of the listeners or to convey some sense of how the ideas in the show were received.  Mayo, by contrast, uses listener emails as a for of punctuation :  “I’m really looking forward to a full-on Kermodian rant” says JohnfromNorwich.  “I thought Moon was terrible, the good doctor was completely wrong” drools LisafromLeeds.  Also down to the show’s populist and aggressively inclusive ethos is a rather unsightly and fawning attitude towards celebrity that can be detected not only in the overly long and utterly pointless interviews that habitually eat into the show’s quite short running time, but also in the collection of showbiz chums that are habitually greeted at the top of every show.

All of this would be tolerable if the reviews made it worthwhile but I have become increasingly frustrated by the bluster to analysis ratio of many of Kermode’s reviews.  Rather than embedding his opinions in universal aesthetic principles, they all too often boil down to opinions about actors, inflated quibbles, disagreements with Peter Bradshaw of the Guardian and a growing fanboyism relating to children’s films that can only be attributed to the fact that Kermode is himself a father.  Even arch-contrarian Armond White saw High-School Musical 3 (2009) as the empty consumerist bilge it undoubtedly was.

And now the sublime…

The Film Programme : Normally presented by Francine Stock, the Film Programme also tracks new releases and interviews relevant actors and directors, but unlike Kermode, it casts its net much further afield, keeping abreast of festival news and discussing not only interesting arthouse fare but also notable DVDs.  The Film Programme’s interviews are also a cut above those on Kermode’s show, the questions seem much better researched and result in much more insightful responses.  An interesting comparison can be found in the difference between the way in which the two shows interviewed Willem Dafoe.  Kermode’s interview devolved into a narcissistic discussion of his Antichrist review while Stock expertly probed Dafoe about his career as a whole and his background in physical theatre.  In Kermode’s interview Dafoe was defensive, uncomfortable and clearly on-message in an attempt to promote his film.  With Stock he was charming and incredibly open about the acting process.

If my discussion of the film programme is rather relative and limited it is because I only started listening to it recently.  For most of the summer, the programme has been presented by Matthew Sweet who has devoted the show to rediscovering some of the lost gems of British cinema history.  Each week, Sweet has interviewed an older British actor, director or cinematographer raising not only awareness of great old British films but also unlocking loads of wonderful anecdotes about what it was like to work in the Film industry from World War II onwards.  Sweet has also been ably supported by the critic Jane Graham and Mark Gatiss from the League of Gentlemen who every week has been recommending overlooked gems from the history of British cinema.

I simply cannot recommend The Film Programme strongly enough.  It is everything a film podcast should be.

Aside from podcasts devoted to film, I also listen to programmes devoted to more general cultural matters… 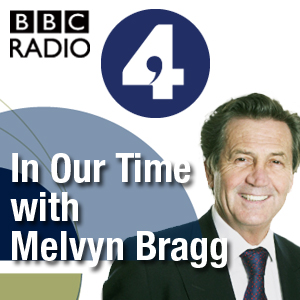 In Our Time : The Grande Dame of podcasts and the jewel in the crown of Radio 4’s cultural output, In Our Time gathers together a different round table of academics every week and asks them to explain some of the thinking behind a concept from the arts, history, literature or science.  Bragg is an exquisite moderator who rules the conversation with an iron fist but ultimately the quality of an individual show is dictated by the quality of the academics participating.  Some (such as La Beard) respond to the partly ordered but ultimately free-wheeling structure brilliantly while others waffle, struggle to give straight answers and sit on the fence.  The choice of topics is interesting in itself with historical subjects making up maybe 50% of the show’s output but while there are occasional dull patches, the show is remorselessly interesting and educational week-in, week-out and year after year.

Thinking Allowed : Now cross-promoted by In Our Time, Thinking Allowed is presented by the ever-amiable Laurie Taylor who introduces us to a couple of new sociological theories every week by interviewing the academics responsible for the research.  Taylor is an engaging host who, much like Bragg, is able to get the best out of his participants but his loquacious style and witty commentary are what make Thinking Allowed far more than the piece of academic navel gazing it could so easily have been.

The rest of my podcast subscription list is made up of historical podcasts.  The historical podcast is clearly a popular genre and there are dozens of them out there.  Sadly though, the popularity of the form in no way seems to translate into a pluralism of subject matter as militaristic history completely dominates the agenda to the point of excluding political, let alone social history.  Indeed, a glance through iTunes’ history podcast section will reveal a number of podcasts devoted entirely to the Second World War and the Roman empire and that is without looking into the content of the supposedly generalist podcasts. 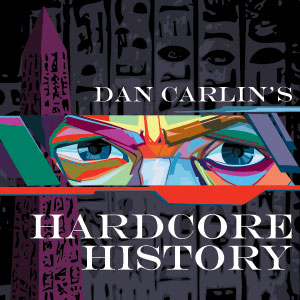 Dan Carlin’s Hardcore History : With series of podcasts about the Second World War and the Punic Wars, Carlin is as much of a war nut as any podcaster out there.  He can also be a rather sloppy researcher who favours sensationalist first-person accounts over more detailed and complete overviews.  However, despite these problems, Carlin remains a joy to listen to.  His personality and voice are engaging and his tendency to look at historical events from a science-fictional “what if I were a Martian looking at this?” perspective supports a real skill at conveying quite how different the past was from the present.  He is also capable of tackling substantial issues such as the economics of slavery and less obviously populist topics such as the peoples of the Mongolian steppe and the treatment of the Apache people by the American government.

Binge Thinking History Podcast : Also a recent addition to my subscription list is this rather sporadic series from Tony Cocks.  Much like Carlin, Cocks is clearly something of a war nut and his podcasts have included topics such as the formation of the Royal Navy and the Battle of Britain.  However, Cocks also knows his way around British political history and his treatment of the the Royal Navy combined with his discussion of the British Revolutionary War form an excellent introduction to British history from the execution of Charles I to the establishment of British global hegemony in the 18th Century.  The only downside to BTHP is that Cocks’ editing can sometimes be a bit slapdash with gaps between sentences sometimes spanning enough seconds that I find myself checking my MP3 player to see if I had somehow paused it.

So what do people out there listen to?