As has been noted elsewhere, James Graham Ballard died on Sunday.  This was not an unexpected event.  Ballard had publically announced his terminal prostate cancer and had even written an autobiography Miracles of Life (2008) which served to tidy up some of the biographical facts that might have been glossed over in Ballard’s fictionalised memoirs Empire of the Sun (1984) and The Kindness of Women (1991).

I first experienced Ballard’s writing at school.  I remember an English Lit timed assignment in which we had to read and write an essay about his short story “The Drowned Giant”.  As a teenaged atheist and a cynic I immediately latched onto the story’s imagery of a wonderous and sacred thing appearing as a bloated decaying corpse.  A corpse which is defaced and brutalised and mis-used by humanity until all that is left of it is skeletal ignorance and self-serving mystery and evasion. Not being the most voracious of teenaged readers, my love of Ballard would lie mostly dormant until rediscovering his work via David Cronenberg’s adaptation of Crash (1973)  However,  I think that Ballard only really clicked for me when I read Cocaine Nights (1996) 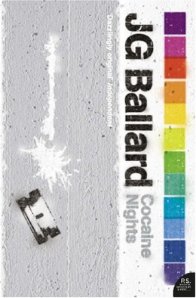 Given how many great works Ballard produced during his life, it is perhaps strange that Cocaine Nights should be the book to draw me into Ballard’s creative orbit but despite reading many of Ballard’s earlier works, I still find that my reading of Ballard is tinted by the impression left on me by that one book.

For me, Cocaine Nights perfectly captures the final stages of capitalistic individualism.  It depicts humanity as lazy, hedonistic and passive.  Content to put up with anything as long as its basic needs are met.  However, slumbering within these suppine creatures lay the seeds of great popular movements.  Movements that can re-shape the world and change the planet for good.  However, while these grand social powers can be used to remake humanity in a different way, Ballard raises the question of what kind of people would want to engage in such large-scale moral re-engineering and what kind of methods such people might require.

Cocaine Nights presents us with the most profound political stumbling block of our age;  Which is preferable, the existential despair and alienation of individualism, or the dehumanisation and moral compromise of the collective?  either way, humanity seems both doomed and damned.

Other tributes I have enjoyed : 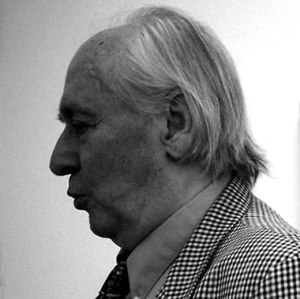