Kim Ji-woon’s I Saw the Devil tells of a South Korean intelligence agent who responds to the death of his wife by tracking down the man who murdered her. However, instead of simply killing the man, the agent decides to install surveillance equipment that will allow him to continue punishing the murderer over an extended period of time. Initially, the killer is taken aback by the agent’s hatred but he soon comes to enjoy the confrontations and so lures the agent into an increasingly brutal contest of wills. Hideously violent, unflinchingly brutal and yet beguiling to watch, Kim’s film offers a traditionally Nietzschean warning to those who would consider embarking on a quest for revenge:

Battle not with monsters, lest ye become a monster, and if you gaze into the abyss, the abyss gazes also into you.

While Kim’s film is beautifully made and eminently entertaining, I cannot help but wonder why it is that he felt inspired to make a film with this particular message. Back in 2005, Kim directed the wonderful A Bittersweet Life in which the protagonist exacts a bloody revenge on his employers for the way in which they deprived him of a personal life and yet responded with furious anger the second he stepped out of line in an effort to grab some happiness for himself. Given that A Bittersweet Life convincingly communicates the idea that revenge is a necessary but ultimately self-defeating course of action, it is strange to see Kim making yet another film with this precise message. Especially when the message in question is so blindingly obvious that it scarcely merits a passing thought at all let alone enough thought to fill two entire films. Even more puzzling is the fact that Kim is not alone in his desire to brood over the morality of vengeance. In fact, South Korean cinema has produced so many revenge films in recent years that one can comfortably talk about them constituting a sub-genre in their own right. 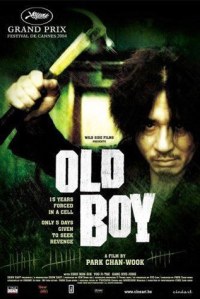 The first South Korean film to reach a mainstream international audience was itself a revenge film. In fact, Park Chan-wook’s Oldboy (2003) is actually the second in a trilogy of films dealing with the morality of vengeance. In addition to Park’s Sympathy for Mr Vengeance (2002) and Lady Vengeance (2005) the genre also includes such films as:

As someone writing about Korean film from an outsider’s perspective, I am acutely aware that my perception of Korean film may in fact be distorted by the vagaries of international distribution. Indeed, Oldboy was so successful that it seems entirely reasonable to assume that it inspired Western distributors to go out of their way in search of the next big ‘Korean vengeance film’ to fill the gap in the market. However, while this lensing effect may account for the apparent over-representation of revenge themes in South Korean film, it does nonetheless seem that some of Korea’s most gifted filmmakers feel a profound attraction to the theme of revenge. An attraction so deep that it inspired them to return to the theme in film after film. Assuming that this apparent over-abundance of vengeance is not solely the product of international film distribution, one cannot help but wonder why it is that so many South Korean films dwell on the issue of revenge.

In an excellent essay on this precise topic, Joyojeet Pal suggests that, while vengeance features prominently in most Asian cinemas, Korean film’s tendency to treat vengeance with a combination of brutality and individualism suggests that Korean filmmakers may be attempting to address their culture’s problematic transition from collectivism to individualism:

Vengeance cinema could be seen as a reaction to the unkind creative atmosphere [that has dominated] much of Korea’s period of greatest ‘collective nation-building’, the era of military dictator General Park Chung-hee, throughout which Korean cinema and most popular culture was subordinated to the larger collective goal of building a strong nation.  Only in the past two decades has Korean cinema seriously grown.

What makes this theory so plausible is the fact that South Korea is not the only culture to suddenly become obsessed with the morality of vengeance. Indeed, Elizabethan and Jacobean revenge tragedies such as Shakespeare’s Hamlet and John Webster’s The White Devil can be read as attempts to give voice to the growing tension between the Christian moral commandment to forgive and the deep-grained medieval understanding that every injustice should be met with an injustice of equal or greater savagery. A similar cultural tension can be detected in the trilogy of Greek tragedies written by Aeschylus and known collectively as The Oresteia. These plays are explicitly concerned society’s movement away from blood-soaked retributive tribalism and towards a system of social justice that is grounded in reason, law and conciliation.

Given that Korean society is filled neither with vigilantes nor duellists, it seems wise to view the Korean obsession with vengeance as being of a more abstract order than that which afflicted Classical Greeks and Elizabethan Englishmen. Indeed, cast your eyes over the recent border skirmishes between North and South Korea and you will find that a familiar word crops up time and again:

History has been inordinately kind to the savage nonsense known as Mutually Assured Destruction. Viewed as a heroic middle-path between Hawkish war-mongering and Dovish appeasement, the strategic doctrine of Mutually Assured Destruction relied upon a demented commitment to the idea that even though your cities might burn and your people lie dead in the streets, a nation’s duty is to ensure that their enemies feel an identical pain. Poised either side of a heavily guarded DMZ, both halves of Korea are committed to unleashing a terrible vengeance upon their neighbour should that neighbour show the slightest sign of aggression. The problem is that while appropriate military protocols make it entirely feasible for politicians to seek revenge using military means, the morality of choosing to embark upon such a course of action is dubious to say the least.

What differentiates the Korean films is their visceral nature, and their particular use of regular folks in seemingly non-violent professions suddenly taking ferocious turns when the situation demands it. Perhaps the most celebrated Korean vengeance films is Park Chan-Woo’s trilogy of Sympathy for Mr. Vengeance, Oldboy and Lady Vengeance. In addition to their regular brutality, the message in all three, much like in Man from Nowhere and I Saw the Devil is that vengeance requires that the avenger dehumanize, and that in the end everyone will be worse off, or dead, but most importantly – that it is necessary. Vengeance is good.

Arriving at these films with Western eyes, it is easy to misinterpret their moral ambiguity as a kind of reductio ad absurdam. For example, consider the famous scene in Park Chan–wook’s Old Boy where the lead character battles his way through a corridor filled with people using only a hammer and an unquenchable thirst for vengeance. When viewed through Western eyes, the savagery of the scene is so repulsive that it reminds us of why it is that our society has largely abandoned vengeance as a yardstick for social justice. However, when viewed from a less dogmatic perspective, the scene acquires an entirely different meaning.

Shot in a single continuous take using a camera that moves back and forth along a corridor as the character progresses, the scene is strongly reminiscent of 80s and 90s side-scrolling beat-them-ups like Double Dragon or Final Fight. These games used linear movement through a level as a form of visual feedback allowing players to measure their progress through the game: Did they get to the third guy? Did they get to the boss fight? Did they get to the bit where it opens up into a park? These visual cues not only provided a handy means of measuring personal success, they also served as a small reward that encouraged players to spend more money in order to see more of the level. These visual cues and the psychological mechanisms underpinning them are absolutely central to a proper understanding of the scene. This fight scene is not about the how desire for vengeance necessarily leads to horrific violence, it is about how rewarding it can be to throw oneself into an activity and see tangible proof of one’s progress towards a particular goal. This is a scene about a character who wants to move from point A to point B but in order to do so, he must battle a corridor full of people. The further the camera moves to the right, the closer the character is to achieving his goal. Come the end of the scene, the character has tangible proof of his success: look at how far the camera has traveled! Look at how many bodies lay slumped at his feet! That’s progress! This idea of borrowing the feedback mechanics of video games and using them to represent personal progress would resurface (much later) in Edgar Wright’s Scott Pilgrim vs. The World (2010) where a character visualises his need to overcome personal failings as a series of kinetic fight scenes that end with his enemy disappearing and leaving behind a few coins (another video game success metric).

By producing a scene filled with both horrific violence and recognisable video game reward cues, Park is laying bare the moral and psychological ambiguities of revenge. Yes, the violence and danger are terrifying but accompanying them is an intoxicating sense of personal progression and accomplishment that simply cannot be rivaled by less primitive forms of conflict resolution. For many Koreans, vengeance is seemingly not just a political necessity but also something of a guilty pleasure, a pleasure they are reticent to admit given their status as a modern and enlightened democratic nation. This combination of feeling attracted to the satisfactions of vengeance whilst also feeling shame over that attraction offers some insight into why it is that so many South Korean filmmakers keep returning to the question of revenge.

Westerners tend to read films like Old Boy and I Saw the Devil as being critical of the urge to seek revenge because Western culture has largely come to terms with the idea that vengeance is no basis for a system of justice. Yes, people still demand revenge when something terrible happens and many reactionary elements still see ‘an eye for an eye’ as a valid piece of moral calculus but Western culture, by and large, acknowledges that these are dark impulses that must be overcome in order for us to progress as both a society and individuals. Given that Westerners approach I Saw the Devil and Old Boy with The Oresteia and Hamlet behind us, we tend to assume that these films are part of an attempt by South Korean culture to make a similar transition away from traditional forms of conflict resolution but there is no yellow brick road to enlightenment, different cultures must make up their own minds. The ambiguity and omnipresence of revenge in South Korean film suggests that South Korean culture is still very much in the process of coming to terms with these beliefs and issues.