Living in the second decade of the 21st Century, it is difficult for us to cast our minds back and to recall the shocking novelty of Bryan Singer’s X-Men (2000). Up until that point, super hero films tended not to take place in the real world. Tim Burton’s Gotham City was a gothic masterpiece unlike anything on Earth while Richard Donner’s Metropolis seemed resistant to any changes in political culture that might stem from having a super-powered alien enforcing city by-laws. Prior to the release of X-Men, the politics of super hero cinema tended to follow the politics of super hero comics in so far as they existed solely at the level of sub-text. Sure, Stan Lee and Jack Kirby’s original X-Men was about racism and prejudice but those themes only emerged over time and Lee never took the risk of embarking on the sort of direct social commentary that might come from confronting his mutants with real-world events.  This was, after all, the 60s…

By opening X-Men with a sequence involving a young mutant who uses his magnetic powers to bend the gates of a Nazi death camp, Singer elevated comic book politics from subtext to foreground. When American politicians planned to register all mutants, Singer was absolutely clear that this was a form of xenophobic fascism.  When the parents of a mutant asked if their son had tried not being a mutant, Singer was absolutely clear that anti-mutant prejudice was akin to homophobia, racism and anti-Semitism. Bryan Singer’s X-Men films were not mere fantasies… they were stories about our broken and distorted world.

By the time Brett Ratner directed X-Men: The Last Stand (2006), much of the politics of the original film had drained away leaving only hot babes in tight outfits and dull whirlwinds of CGI presented with the same blend of hollow psychobabble and Christian imagery that pervades most super hero films. Five years later, the franchise is resurrected under the creative control of Matthew Vaughn and Jane Goldman, the pairing who brought us the somewhat uneven Kick Ass (2010).  Moving from script to cinema in less than a year and with a creative partnership not known for either its creativity or its political engagement, X-Men: First Class had a steep slope to climb and while the finished product is far from flawless, the film does boast a level of intelligence and political thoughtfulness that is vanishingly rare in a genre whose recent successes include the dunderheaded Thor (2011) and the hyperactive Iron Man 2 (2010). 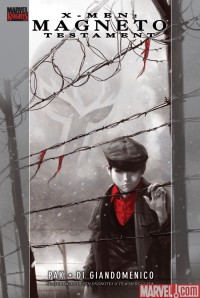 Signalling its desire to wipe the slate clean, Vaughn’s film begins with the same opening sequence as Singer’s original.  Separated from his parents by Nazi guards, young Erik Lensherr’s rage and anguish bend the death camp gates.  However, instead of immediately decamping to the present day, Vaughn stays a while as a Nazi scientist sets about testing the young man’s powers.  Here, evidently, is a scion of the true master race, the next step in human evolution. From there, we move to upstate New York where a young Charles Xavier comes downstairs to discover a young mutant girl attempting to steal from his fridge.  Born into a privileged background and equipped with the sort of non-confrontational woolly liberalism that such a background tends to breed, Xavier welcomes the young girl into his house… she will never have to steal again but she will have to pass as normal. 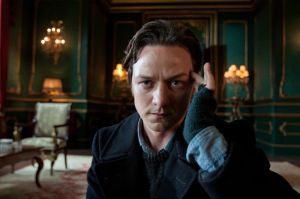 Much of the first third of X-men: First Class is devoted to constructing a vast political metaphor.  The mutants are presented alternately as the angry post-War young of the 1960s, the oppressed black and minority ethnic people who would demand an end to racism and the women who would protest the establishment’s refusal to consider them equal to men. Symbolically over-burdened, the mutants stand for both the various groups that demanded change in the 1960s and for the power of change and human potential. Indeed, in choosing to set the film in the 1960s, Vaughn ties American and Soviet attempts to suborn mutants to the real world story of how the establishment took the chaos of the 1960s and transformed it into the iron-clad order of the Cold War era. The mutants represent political change as well as human potential and, as such, are also the victims of the status quo’s attempts to control or destroy that potential for change. 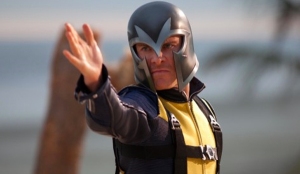 Having set up this metaphorical battle between the potential for change and the desire to conserve and to control, Vaughn’s film explores three different approaches to political change:

The first, embodied by Sebastian Shaw (Kevin Bacon) is that of absolute top-down change.  Shaw attempts to use his powers and the powers of the mutants that are loyal to him to destroy the human race and replace it with a new civilisation built by and for mutants.  Shaw is not just an ideological heir to Nazism, but to every political radical who has ever tried to make his point with bullets rather than words.

The second, embodied by Charles Xavier (James McAvoy) is that of democratic change whereby the young and the gifted convince the old guard of their errors and demand change not just for their own sake but for the good of everyone.

The third approach, embodied by the now grown-up Erik Lehnsherr (Michael Fassbinder) is what is at stake in the film.

Lehnsherr begins the film as a James Bond-type figure who spends his time tracking down Nazi war criminals and exacting vengeance in the name of Lehnsherr’s family and the millions who died in Hitler’s camps. Xavier recruits Lehnsherr to be a part of the CIA’s new mutant division when the CIA discover that a plan is afoot to manoeuver the USA and the USSR into nuclear war by having the Americans place missiles in Turkey and the Russians place missiles in Cuba.  Lehnsherr is initially reluctant to help Xavier and is hostile to the woolly liberalism that forces Xavier to seek compromise and agreement rather than the dominance that is rightfully his by virtue of his moral superiority. X-Men: First Class is, essentially, the story of how liberal democracy failed the children of the camps and how Xavier’s failure to realise the nature of his own privileged background made it impossible for a radicalised mutant such as Erik Lehnsherr to trust in a status quo dominated by humans and those mutants that have been assimilated into human civilisation.  X-Men: First class is about how white liberals have failed the oppressed of the world and why many of these oppressed peoples have turned against liberal democracy. 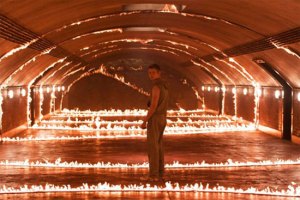 Partly because of the scope of its political sophistication, X-Men: First Class is a film labouring under a crippling burden of exposition. Indeed, despite being a Hollywood blockbuster,  this is a surprisingly talky and cerebral film as the script not only has to deliver a compelling narrative but also introduce us to a large cast of characters along with their relationships, their powers and their politics.  In addition to this, the script also has to brief us on enough 1960s history so that that both the characters’ politics and the main plot make some semblance of sense. Add to this the construction a complex set of interlocking political metaphors and the need for the plot to hinge on the outcome of a series of spectacular set pieces and you have a script with an awful lot to do in a little over two hours.  Because of this, First Class is a decidedly uneven piece of filmmaking.

Firstly, despite possessing a large cast of characters, the film struggles to find very much for most of the characters to do. For example, neither Lucas Till’s Havok, Alex Gonzalez’s Riptide, Jason Flemyng’s Azazel nor Caleb Landry Jones’ Banshee serve any real purpose other than to provide more bodies for the film’s CGI fight sequences.  Similarly problematic is the fact that none of the female characters are particularly well written with both the Jennifer Lawrence and January Jones utterly wasted as Mystique and Emma Frost while Rose Byrne serves no purpose other than to remind audiences that the X-Men are supposed to be working for the CIA.  Even once we move towards the film’s central relationship (the one between Xavier and Magneto), there are few memorable lines of dialogue and what decent performances there are come from the natural onscreen charisma of actors such as Kevin Bacon and Michael Fassbinder and not from the decidedly anaemic writing. 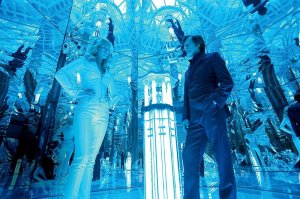 Secondly, for a big summer blockbuster, X-Men: First Class is not all that interesting to look at as none of the fight scenes are all that well thought out and a lot of the CGI clearly suffers for the fact that the film had an uncharacteristically short production time.  Indeed, Vaughn’s inconsistency as a visual director is particularly evident in the film’s final act when moments of genuine invention (including a mirrored nuclear reactor and a tug of war involving a barrage of rockets and artillery shells) sit uncomfortably beside plane crashes that look like they were lifted from a ten year-old film and aerial combat that seems to involve people flying around at random for no apparent reason.

Thirdly, while X-Men: First Class does a good job of laying out a series of political and moral subtexts, it frequently struggles to develop these ideas once characters start to interact with them.  For example, like most of the characters, Nicholas Hoult’s Beast is caught between the desire to integrate into human society and the need to become everything that he can be. Vaughn attempts to explore this conflict by comparing twin nature to that Dr. Jeckyll and Mr. Hyde but it is not at all clear what this literary reference actually brings to the picture as suddenly a straightforward political choice is spun into an unwieldy and incoherent upon man’s conflicted nature and the tension between how people see us and who we are inside.  Similarly, the film seems uncertain as to what Magneto’s politics are at the end of the film.  Having defeated the baddie, Lehnsherr turns his back on Xavier’s woolly liberal desire to assimilate but the film seems to suggest that he is both a separatist who wants to create his own mutant society and a homicidal fascist who wants to wipe out mankind. Given that the film is ostensibly all about how Xavier’s woolly liberalism fails to find a place for Magneto’s righteous anger, it is somewhat frustrating that the film fails to complete Magneto’s journey to radicalism by actually making it clear what he does and does not believe. 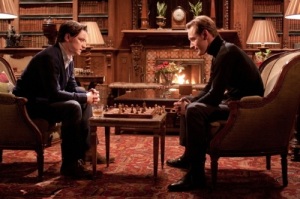 X-Men: First Class is undeniably a flawed piece of filmmaking but, unlike many Blockbusters, its failures are due not to a lack of thought or a lack of ambition but to a surplus of both of these things.  If the film’s characterisation fails to completely satisfy it is because it tries very hard to make all of its characters feel real.  If the film’s politics fail to be completely coherent it is because the script attempts to address the tension between integration and separatism from a variety of different angles and on a number of different levels without simplifying what are an extremely complex set of political and moral issues.  X-Men: First Class fails to live up to its own ambitions but this is largely because it takes on far too much. Had Goldman and Vaughn decided to ditch the secondary characters and focus instead upon Magneto and Professor X’s Martin Luther King/Malcolm X confrontation then X-Men: First Class would have been a truly great film but, because the filmmakers felt the need to provide us with a ‘First Class’ , the script drowns in its own exposition. The result is a film that is a little bit disappointing but which manages, despite its flaws, to go some way towards renewing my faith in the super hero genre when the likes of Thor and Iron Man had done so much to convince me of its morbidity.