Due to a lack of money, a lack of time, a lack of people to impress and a lack of a body that someone would want to make clothes for, I have little interest in what is fashionable.  I dress in pretty much the same way I did when I was 14 and I think I still have some of the same socks.  As a result, you might expect me to have little interest in R. J. Cutler’s documentary about the construction of the September 2007 issue of Vogue magazine.  Well, you might very well expect that, but you would be utterly wrong.  It is precisely because I have no interest in what is fashionable that I find the world of fashion so profoundly compelling. Films about the fashion industry are explorations of another culture completely different to my own.  A culture with a good deal of impact upon the world that we all inhabit.  Because of its power and the strangeness of its people and institutions, the fashion industry is a fascinating subject for a film.  Regardless of whether it is explored through mockery (as with Robert Altman’s 1994 Pret-a-Porter), hagiography (as with Rodolphe Marconi’s 1997 Lagerfeld Confidential) or thinly veiled contempt (as with David Frankel’s 2006 The Devil Wears Prada).

R.J. Cutler’s The September Issue approaches the subject with a mixture of awe and mockery but, despite some initial setbacks, the film provides some genuine insight into how it is that the world of fashion functions and why it is that it has so much power over our society.

Initially, Cutler’s film seems wide of the mark.  Because the film is reliant upon the access granted to it by Vogue’s editor Anna Wintour, it spends a lot of time following her around and trying to understand her.  But this was always profoundly wrong-headed.  Wintour has spent decades carefully building up a reputation for being distant, cold and autocratic and she is the editor of the most influential magazine in an industry that is all about the projection of image.  At this point, to suggest that there is a real, thinking and feeling person behind the façade would be devastating to Wintour’s credibility and it will take more that a camera crew to do her that kind of damage.  Indeed, aside from a few rather fruitless interviews with Wintour about her childhood and her feelings about the job, we mostly see her politely trying not to cringe and effortlessly shooting down the carefully constructed and exquisitely produced lay-outs pieced together by her long-term collaborator and foil, the wonderfully sardonic former model Grace Coddington.  Perhaps realising that he was getting nowhere with Wintour, Cutler then switches the emphasis towards Coddington, who works with Wintour enough that we at least see the impact of her editorial style and choices, if not the motivations behind them. 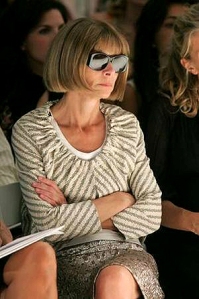 Coddington is very much the star of the film.  Where Wintour is carefully poker-faced, Coddington is an open book.  A striking woman with a mane of wild red hair, a slightly asymmetrical face due to a car accident and a fondness for almost shapeless black dresses, she mutters and grinds her teeth as she pops into the lay-out room to discover that even more of her precious photographs have been binned by the autocratic Wintour.  Wintour’s refusal to explain herself often has Coddington close to tears, laying the basis for one of the film’s real achievements. 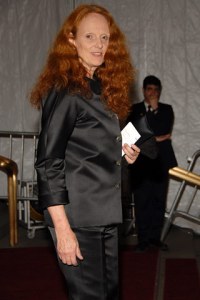 The September Issue argues that, beneath the glitz and silliness (provided by the wonderful Vogue Editor at Large Andre Leon Talley, who arrives at a tennis lesson with a suite of Louis Vitton luggage filled with towels and bottles of water), fashion is an institution with roots firmly embedded in artistic soil.  To watch the way in which Coddington seeks inspiration and carefully constructs the wardrobes and looks of her shoots is undeniably to see an artist at work.  The photos are not about selling clothes, they are about communicating a mood, a feeling and a trend that is currently central to the global fashion community.  It is a process reminiscent of the Renaissance : Decisions are made about what is in and artistic people are sent off to find ways of visually representing the intuitions and the diktats and the management.

However, while The September Issue undeniably fails to come to grips with Anna Wintour, its resulting decision to look at the ways in which she influences the people around her, does yield some real food for thought.  In particular when it comes to answering the question of why it is that Wintour has so much power.

We are told, repeatedly. that Wintour gets it right.  However, what this means is not particularly clear.  We learn that Wintour hates black and loves fur.  We also learn that she pre-empted the rise of celebrities but what this actually means is not clear either… were there no celebrities prior to the late 80s?  As the film progresses, it becomes clear that Wintour’s power is not due to any particularly refined aesthetic sensibility, if anything, the film presents her as a philistine, playing her decisions for laughs and pathos as she is forever shooting down the much more sensitive and sympathetic Coddington.  Nor does it flow from any particular  insight into what the punters want.  Vogue has no interest in what people like.  People will like what they are told to like.  Instead, Wintour’s power seems to flow from a sense of responsibility.  Indeed, Wintour is responsible not just for everything that goes on in Vogue, but also everything that goes on in the fashion industry. 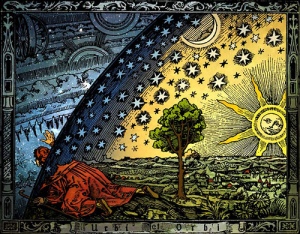 An artistic depiction of Aristotle’s Universe

Due to its bizarre combination of art and commerce, the fashion industry is not just a pretentious way of talking about the rag trade.  It is not a nakedly Darwinian case of survival of the company who gives people what it wants.  Instead, fashion is a much more top down market-place where the clocks are re-wound every season. Indeed, a designer might well have a terrible autumn but there is nothing stopping them from bringing out a great collection in the spring and taking the world by storm.  So, rather than being like a Darwinian jungle, the fashion industry functions more like the clockwork universe of Aristotle : There are commercial forces sure enough, but they are stopped and started at arbitrary points.  As with Aristotle’s metaphysics, the clockwork economics of the fashion industry requires an unmoved mover; a spark of change that will set the artistic agenda and re-start the market forces.  Wintour, according to Cutler, is that unmoved mover.  She is aloof and impenetrable because she cannot be second-guessed or be seen to be making arbitrary decisions.  Because of this, she wears a poker face in meetings and attends fashion shows wearing huge dark glasses that hide any involuntary emotional reactions she might have to the clothes.  Wintour has power because she is willing to take responsibility.  She is willing to cut a swathe through the commercial concerns of clothing retailers, the preciousness of designers and the opinions of her staff and say that she wants the September issue to have lots of textures and colours.  Everyone willingly surrenders this power to her and she happily carries it on her shoulders.  She is the great decider.

Of course, why it is that the fashion industry should require such an unmoved mover is never really touched upon.  Wintour is a clockwork god to whom the fashion world owes obeisance and because this film required her consent and access to her and her offices, we never get an outsider’s perspective on the weirdly co-dependent relationship between the editor of Vogue and the institutions of the fashion industry.  Indeed,  The September Issue is clearly a film in which agendas are advanced : Coddington gets a name for herself as an artistic genius (Wintour drops the G-bomb towards the end of the film) while Wintour bolsters her reputation for being the fashion world’s answer to Louis XIV : L’Etat, C’est Moi. 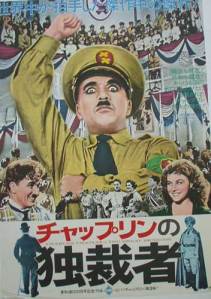 However, despite the tangible sense that the film is ‘spun’, The September Issue’s thesis of Wintour as a clockwork god of fashion is a compelling one that provides some explanations of why Vogue matters to people and why people allow themselves to be told what to wear.  The film is essentially arguing that people are sheep and they yearn for someone who will tell them what to do and while this vision of humanity may well be deeply misanthropic, it does make sense.  Given so many choices of how we should look, is it not natural to want someone to tell us what will make us look good and what will make us fit in?  In Existentialism is a Humanism, Sartre speaks of people who, when they realise that they are free are crippled with fear.  They would rather surrender their free will rather than accept responsibility for not only their actions but also the moral codes that bind their actions.  In fact, Erich Fromm saw this urge as central to explaining the rise of Fascism.  He called it a desire to Escape from Freedom.  If making our own moral judgements can be such an alienating and unpleasant experience, why should the same not be true of decisions as to what colour of jumper to buy or what kind of shoes to wear?  Someone has to make these decisions… will you?